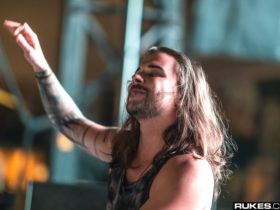 The track will appear on his upcoming album, “You Heat Me Up, You Cool Me Down,” which will be released on September 10th via XL Recordings/Matador Records. Pre-save the full album here.

In the meantime, it was recorded across a handful of shows that Archy Marshall and the company pulled off before the pandemic hit in early 2020.

Last February, he released his latest album, ‘Man Alive!,’ After that, the full-band King Krule brought half an hour of live material to French TV last April.