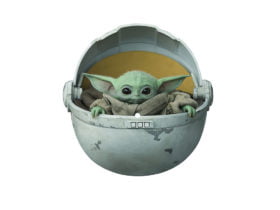 The Indian hip hop artist, King has released his new single, ‘Casanova‘ featuring Rahul Sathu from his new album, ‘The Gorilla Bounce.’ Listen to the full song below.

The track is performed, Lyric & Composed by King, the music video is directed by Yash Chhabra, featuring artist, mix and masted, & music is produced by Rahul Sathu. This album is in association with KingsclanMGMT, produced by King.

Earlier this week, he teased the track and now the track has officially arrived. King said, ‘The best in class RnB with a taste of smooth hip hop beats produced by Rahul Sathu are enough to make you grove, and a beautifully Written and Composed song by King is enough to hook you on loop for a long time.

He added, “This is the first video I am releasing after crossing 1 million subscribers on YouTube. It’s special for me and for all the listeners all across the Nation. Thank you Love You All Very Much.’

Earlier this month, He returned with his 4th new song, ‘Godfather‘ from the new album, ‘The Gorilla Bounce.’  In the meantime, he has released 3 tracks including, ‘Picasso,‘ ‘Blanko,‘ & ‘Saloot.’