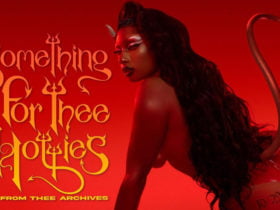 He has collaborated with many musical artists for this album including, Badshah, Karma, Ikka, Raftaar, & Rashmeet Kaur.

He also released the music video of the track, ‘Saza-E-Maut,’ which is written & performed by KR$NA & RAFTAAR, produced & composed by Rill Beats & Young Grape Beatz, mixed & mastered by Ryan Summer, video by CANFUSE, and released at the YOUTUBE channel – KALAMKAAR.