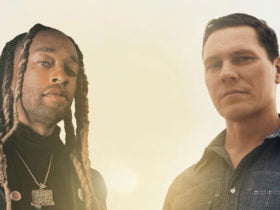 The deluxe album features 5 new songs including, Dusty Fairytale, Slow ft. KARRA, Tupinamba, You Don’t Need To Ask Ft. TZAR, & Come To Life. He also said while releasing the deluxe, “So happy to finally share the Harmonica Andromeda Deluxe. Which of the new songs is your fav? I’m excited to hear”

He also said about his debut album, “My debut album is one of the most ambitious, maybe even one of the best electronic albums of all time… I know it sounds crazy but I just can’t imagine anybody else taking you on a journey quite like this, or even trying.”‘