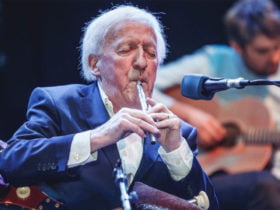 One Last Time: An Evening With Tony Bennett and Lady Gaga opens on August 3, which is Bennett’s 95th birthday, and concludes with a second show on August 5.

Radio City Music Hall announced that news via Instagram with the caption “JUST ANNOUNCED: Native New Yorkers @itstonybennett and @ladygaga will share the stage one last time at Radio City Music Hall for two nights only on Aug 3 & 5 to celebrate a decade of music and friendship.”