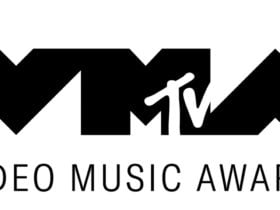 The Canadian rapper Drake has shared Inside look of Drake’s Toronto home with his partner with Architectural Digest. Let’s take a look at all the images here.

The pictures showcase the home’s enormous proportions, together with lavish hallways and grand staircases. Elsewhere, the home features matching KAWS Dissected Companion figures, quite a lot of match-worn NBA jerseys and a collection of collectible figurines contained in the cinema room.

Drake told Architectural Digest, “Because I was building it in my hometown, I wanted the structure to stand firm for 100 years. I wanted it to have a monumental scale and feel. It will be one of the things I leave behind, so it had to be timeless and strong.”

“The bedroom is where I come to decompress from the world at the end of the night and where I open my eyes to seize the day. The bed lets you float, the shower lets you escape and gather your thoughts, and the closet makes you want to talk to yourself while you’re getting dressed.”

Let’s have a look of Drake’s Toronto house here

3 – Suede chairs by Rafauli line a Paonazzo marble island in the kitchen.

4 – Drake, wearing Tom Ford and sneakers by Nike, in his Toronto home.

5 – Drake’s Grammys are displayed in his awards room.

8 – Drake, in a Kapital sweatshirt and 1017 ALYX 9SM pants, with Rafauli in the lounge.

Drake(Real Name Aubrey Drake Graham) is a Canadian rapper, singer, songwriter, producer, actor, and businessman. Drake initially gained recognition as an actor on the teen drama television series Degrassi: The Next Generation in the 2000s; intent on pursuing a career in music.