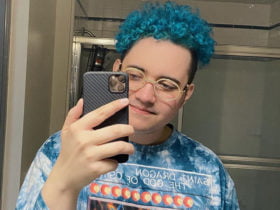 The trailer for the album is featuring images from his videos for “Old Town Road,” “Panini,” “Holiday,” and “Montero (Call Me by Your Name),” as well as his recent BET Awards performance.

MUST READ – 20 Super Hit Songs Of DJ Skrillex – Must Listen

In June 2019, Lil Nas X released his debut EP for Columbia following the massive success of “Old Town Road.” The short release was nominated for the 2020 Grammy Award for Album of the Year.

He shared the news via social media platform and wrote that “MONTERO, the debut album by Lil Nas X coming soon.” Meanwhile, In addition, he later starred in Brockhampton’s music video for “Count on Me.”

READ MORE – Listen To St. Vincent – “Sad But True” From The Metallica Blacklist