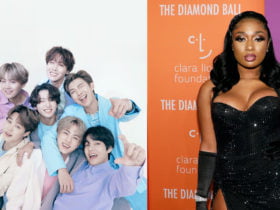 “I’m sad to report Ted Gardner, Our manager passed away today surrounded by his loving family,” tweeted Anton Newcombe, whose band, The Brian Jonestown Massacre, has been managed by Gardner since 2004. “We will miss a great manager, mentor & friend. Our condolences to all his family & friends.”

In the summer of 1991, On Lollapalooza’s opening day, Gardner worked as a tour manager, first with bands in his native Australia. He toured with local outfit Men at Work in the early 1980s and worked with a number of rock groups from the decade—Crowded House, Echo and the Bunnymen, and New Order among them.