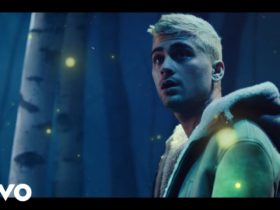 After the Surprising and craziest performance of Lost stories and Caarryminati on Vh1 supersonic 2020, social media and their fans talking about their new collaboration. People are guessing the name of the track which is taken from the hook of the song “Nah hai parwah”.

In this new track Carryminati, Lost stories and Wily Frenzy does an tremendous job the rap of carryminati is amazing when he live rap on vh1 supersonic people the crowd goes insane. The music producer Wily Frenzy and lost stories does a best job on the music the drop is like a trap music, but the drop is dope when we watching live we feel the energy of this song.

We are waiting for the official release of this song, we post a review of the song as soon as the track released.

Carryminati is a Indian youtuber who is also a gamer. Lost Stories is an Indian DJ/producer duo composed of Prayag Mehta and Rishab Joshi.