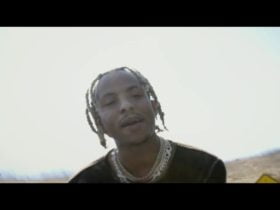 French musician, and record producer, Madeon has dropped his brand EDM new single named ‘The Prince,’ a first song he completed for Good Faith. Stream and Download the track below.

Last week, Madeon teased this track with a cover art via Instagram. The track, “The Prince” comprises a mess of wave effects and good track writing to ship a bit of artwork that’s worth listening to over and over, with every beat, we will most likely discover a new aspect to tune into and marks with music that opens up the song to an extra intense and fulfilling listening experience.

Madeon said, “‘The Prince’ is the first song I completed for Good Faith but it didn’t make the final tracklist, I thought it was too dark for the album. A few months ago, I spontaneously decided to play it out for the first time during Porter’s online festival “Secret Sky”.

“That moment is now a truly cherished memory of mine! I never intended to release it,” he added, “but you convinced me, so here it is! It’s a bit of a darker prologue to Good Faith, hope you have fun with it.”

The lyric hits the music, “I’m gonna be the story we believed in silence / The rising and the fall / Like nobody before / But I get comfortable / Til I profess my youth to nothing / I’m running from the floor.”

Madeon – The Prince (Official Audio) Out Now! Like This track? Stream and Download the full track by clicking here.