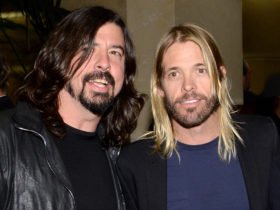 “I’ve been working like crazy making new music,” Maluma said about the album. “When quarantine started, I was in Europe, and then I had to postpone the whole tour, so I went back to Colombia … I started recording by myself again, the way I used to do it when I started my career. I was, like, connected with myself, remembering my roots because I was there in Medellín.”

Last year, Maluma also joined Madonna on her Madame X track “Medellín.” Also, he is scheduled to perform as part of MTV’s remotely organized Video Music Awards on August 30. Maluma went on to collaborate with Madonna on “Medellín” and “Bitch I’m Loca” — both on her “Madame X” album — as well as the “11:11” track “Soltera.”

“That’s gonna be a big performance for me,” said Maluma. “I’m gonna bring all the Hawaiian vibe to the show.” It was two years in the past on the VMAs that Maluma had a fateful assembly with Madonna.

Maluma additionally teases a piece of upcoming music joint with J.Lo, however despite the starry circles he’s touring in today, he stays rooted in his family. Actually, that’s how he got here up along with his stage name.