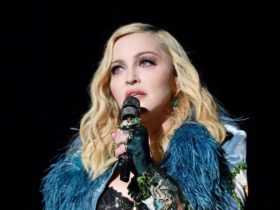 Madonna Says About COVID-19 ‘the Great Equalizer’ in Bathtub Rant