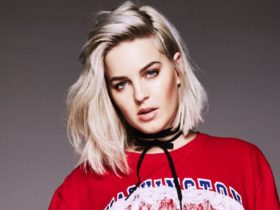 Marshmello said in a statement, “I’m looking forward to giving my sport, music, and pure entertainment fans a show as they have never seen. Thanks to Pepsi and UEFA, that is exactly what I am going to bring to the world – a performance that everyone can enjoy.”

Recently, he joined forces with Carnage for the highly anticipated track, “Back In Time.” Also, He teamed up with Jonas Brothers for the new single, ‘Leave Before You Love Me.’