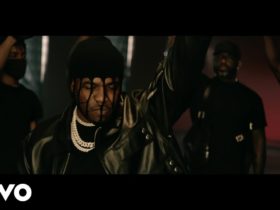 The track is the first single from their forthcoming debut LP. It is totally hip hop/pop crossover paired with Garrix’s iconic feel-good production. He sings, ‘Oeh, Ooh, / What Telling Me I Need To Change But What Do They Know / I Don’t Get What Made Them Think They Have A Say So / Everybody Is Such An Angel With A Halo / Yeah Right I Don’t Think So.’

MUST READ – GRiZ & Elohim Releases New Collab “Bring Me Back”

In the meantime, In feb, Garrix teamed up with Tove Lo for the latest song, ‘Pressure‘ of 2021. Last year, Garrix released two new songs, “Drown” with Clinton Kane and “Higher Ground” with John Martin. He also dropped a couple under his Ytram alias.