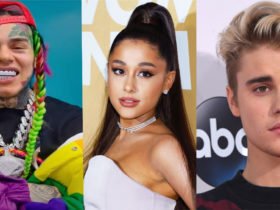 American singer & songwriter, Miley Cyrus has debuted her new song named “You” at the new year’s eve concert. Watch the full performance below.

She sings: “I got some baggage/ Let’s do some damage/ I am not made for no horsey and carriage/ You know I’m savage/ You’re looking past it/ I want that late-night sweet magic/ That forever lasting love/ But only if it’s with you.”