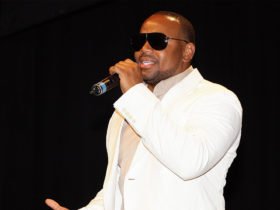 The Music Venue Trust has launched the National campaign to #saveoutvenues. The ‘Save Our Venues’ campaign is hoping to reach artists, music fans, and the wider music industry in order to help save hundreds of grassroots music venues in the UK.

The MVT are following up the Grassroots Music Venues Crisis fund they established last month — which has gone on to raise over £182,000 — with the initiative, with the fund now being renamed the #SaveOurVenues Fund.

Artists are being inspired to go to the campaign’s website in the event that they want to help save a venue currently in crisis,  where they’ll access “the tools and guidance to perform an ‘at home’ gig in the help of that individual venue”.

Music Venue shared a post on twitter with caption, “Music Venue Trust have launched a nationwide campaign to #saveourvenues. We need Artists, Music Fans & Local Communities to act together to prevent their local grassroots music venue from permanently closing. Visit http://saveourvenues.co.uk to find out how you can get involved.”

“The UK live music industry is staring into the abyss right now,” Turner said in a statement. “I’m not able to save the whole thing on my own, but I decided to do a series of livestream shows to raise money for specific independent venues that I know and love, and that are in serious risk of disappearing right now.

“The success of these shows demonstrated the love that exists between music fans and their favourite grassroots music venues so the #SaveOurVenues campaign is a brilliant way of building on that and hopefully giving artists and music fans a chance to get involved and play a big part in helping them survive.”

Music fans are being encouraged to show their support for grassroots venues by engaging with the #SaveOurVenues campaign by accessing upcoming live streams and donating to their local venue’s crowd funding page.

The Music Venue Trust is a British charitable organization that was founded in January 2014 to help improve, maintain, and organize music venues in the United Kingdom.