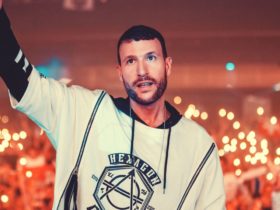 Yesterday(28th July), Phoebe Bridgers has teased this new single on her social media and wrote that: “The label said I should post a teaser for the video that comes out Wednesday, July 29th at 9 am ET consider yourself teased.”

The song marks her second album ‘Punisher’, which was released last month. Before this track, Bridgers released the visuals for singles ‘Garden Song’, ‘Kyoto’, and ‘I See You.’

The music video features the singer rising out of the tub of water and running down a dark street in one of her trademark skeleton suits. The track is directed by Alissa Torvinen, Producer by Barret Hacia, Executive Producer/Producer: Dilly Gent, Director of Photography: Casey Stolberg, and filmed at the LA Memorial Coliseum.

She sings, “Somewhere in Germany but I can’t place it / Man I hate this part of Texas / Close my eyes, fantasize / Three clicks and I’m home / When I get back I’ll lay around / Then I’ll get up and lay back down / Romanticize a quiet life / There’s no place like my room”

Last week, Bridgers has performed ‘Kyoto’ on a remote edition of The Late Show with Stephen Colbert.

Phoebe Bridgers – I Know the End Out Now! Like this track, Download & Stream the full track by clicking here.