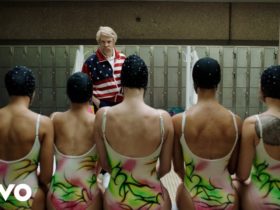 The track is taken from his upcoming album, ‘Nurture.’ In Jan, he released 1 single, ‘Look At The Sky.’ He shared the track news via Instagram and wrote that ‘my new song ‘musician’ is out now everywhere! this one was written in a really intense burst of inspiration and excitement … I hope you feel it.’

Robinson describes the tack, “like a celebration like I’m reveling in the joy of newfound inspiration. It’s like, ‘Alright, I’ve found my footing, and I know I can really do this now.’ And I just tried to throw all of my rules away and have as much fun as possible,

He continued. “Ironically enough, this is the least sad song on the album, but this is the song that makes me cry. It’s a fun one. I just sound so happy on that song.”

The album, ‘Nurture‘ will be released on 23rd April via Mom + Pop, it will mark his first LP since his 2014 debut Worlds. Also, On 27th Aug, Porter Robinson released official audio of ‘Mirror.’

In verse vocals come: “No, I don’t miss the feeling anymore / Yeah, I want something new to love / I was so nostalgic, but I’m fine without it / You don’t really want what you think you want“.