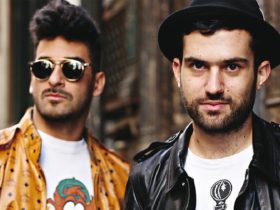 Indian singer Prateek Kuhad has released his new music video named ‘Kasoor‘ – Watch the full video here. A film by Jugaad Motion Pictures A big hug and love to everyone who sent in their beautiful videos.

The music video features some popular personalities including, Jim Sarbh, Mallika Dua, singer Jonita Gandhi, and YouTuber Beer Biceps. Throughout the videos, Kasoor performs in the background whereas the screen shows some questions. What follows is a compilation of the completely different reactions that people despatched in for those questions. It comes collectively as a wonderful video that does justice to the lyrics of the track.

The music video has over 10 lakh+ views on Prateek Kuhad’s social media and close to cross 1 lakh+ views within 9 hours of its release. – Watch the video here.

Last year, Kuhad also performed in sold-out auditoriums during his tour in the US, Europe, and India. His songs are often considered to be the right music for heartbreaks. The singer said in an interview that as a generation, they take heartbreaks seriously. He added that it affects everyone deeply and he ends up writing about it because nobody is ”immune to it”.

Delhi-based Prateek Kuhad made his debut with the song Raat Raazi but gained recognition post her debut album In Tokens & Charms in 2015. The next year, he made his Bollywood debut with Kho Gaye Hum Kahan from Katrina Kaif’s Baar Baar Dekho. Kuhad has been a popular name since then and also made it former American President Obama’s playlist.