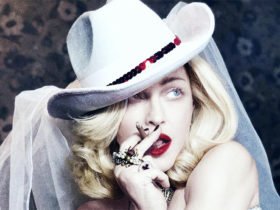 American rapper & singer, Quavo has finally unveiled the reason why Takeoff left the Migos hit “Bad and Boujee.” Check out the post below.

Speaking with Rap Radar for an upcoming interview, the two explained that it was an issue of timing.

“I just think it was just timing,” Quavo replies. “We were just trying to get something out. We were actually pissed off because we ain’t have no music out. I think like a couple of months before the whole little wave and we were going through the litigation with 300 [Entertainment], so we ended up leaking ‘Bad N Boujee’ on SoundCloud first. Sh*t, I wasn’t even gonna be on it. I had to do my verse on some quick fast in a rush sh*t. So it was just like everybody running to the song and trying to get it done.”