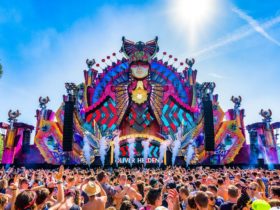 The content creator was Kevin Freshwater who hosts an online talk-show on YouTube in which he sometimes runs a segment called “Finish the lyrics“. Before they parted ways, she admitted to Freshwater that she is a singer.

“Her vocals,” the fan simply said. The video has accumulated around an impressive 14,500 retweets and 56,600 likes as of this writing.

Check out the viral video here.

In his latest, he happens upon a woman exiting a subway, and asks her to complete the lyrics to Lady Gaga’s “Shallow” from “A Star is Born”. Then some, unleashing a powerful voice full of emotion that would give Gaga a run for her money.