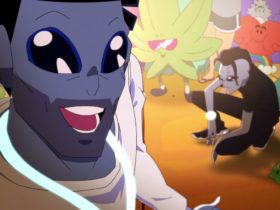 The track is sung & lyrics given by Sidhu Moose Wala, composed & inspired by Ali Brothers, music is given by The Kidd, mixed & mastered by Dense.

MUST READ – Above & Beyond Releases New Album ‘Flow State: Healing With Nature’

Meanwhile, He has released 10 tracks including, “Signed To God,” “These Days,” “Sidhu Son,” “ME AND MY GIRLFRIEND,” “Brown Shortie,” “Moosedrilla” Ft. Divine, ‘US‘ ft. Raja Kumari, ‘Racks And Rounds‘, ‘Burberry,‘ ‘Bitch I’m Back,‘ & including one bonus track named, ‘UNFUCKWITHABLE’ ft. Afsana Khan. More track is on the way.