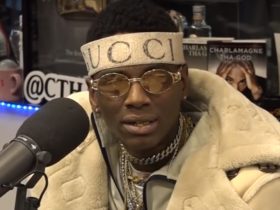 Australian singer & voice actress, Sia has surprisingly shared an early Christmas Gift for her fans on a new music video of ‘Snowman‘. Watch the full video below.

Sia teased the music video Yesterday(29th Oct) via Instagram with the caption, “The new video for Snowman is guaranteed to leave a smile on your face.” Truly the video has made a smile on our face. It has a lot of happy moments, it tells us the life of a snowman family, how they live their life, and we can see Sia cartoon character in the video, where she talks with the snowman family & helps them. She takes the snowman family on the snow mountain due to weather changes. Know more about the video watch it here.

She co-wrote the track with Jack Antonoff, this is the first time both artists work together since 2016’s track, ‘House On Fire’. In 24 Sep, Sia released her new single named ‘Courage To Change‘ from the motion picture Music.

In the meantime, Sia teamed up with French DJ & record producer, David Guetta for a new track ‘Let’s Love.’ Moreover, Sia has additionally revealed that she has two new albums “waiting to go”, however has delayed their release till Music can debut cinematically.