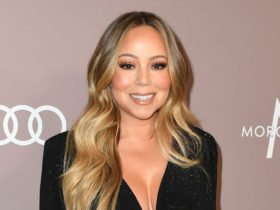 In an interview with Billboard, Steve Aoki says, “The core of the album is alternative, Bringing it back to guitar and bass, and a lot of that stems from being stuck in my studio and not being on tour, jamming. I’m like, ‘Let’s hit up Taking Back Sunday for a track! Let’s hit up Mod Sun for a track!’”

On working with Mod Sun for the album’s single, “Movie Star,” which also features Global Dan, Aoki shared that the “Rich Kids Ruin Everything” artist was “one of the top people for this project.”

“I want that new energy. Mod Sun is a leader of space. I’ve been following him so closely. When I sent him that song, I was praying. I was like, ‘He has to like the song. It’s so good,’” Aoki recalled. “He just absolutely murdered the verse. I was like, ‘I need more. I just need more of your DNA all over the song.’”