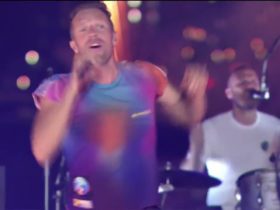 The album is officially released, she announced the album while accepting the trophy for Video of the Year at MTV’s Video Music Awards in August.

After releasing Midnights, she revealed the “special very chaotic surprise” she had promised: a “3 Am Edition” of the album. She released 7 more new songs.

Swift, who had promised a “special very chaotic surprise” at 3 a.m. Eastern, wrote on social media, “Surprise! I think of Midnights as a complete concept album, with those 13 songs forming a full picture of the intensities of that mystifying, mad hour. However! There were other songs we wrote on our journey to find that magic 13. I’m calling them 3 am tracks. Lately, I’ve been loving the feeling of sharing more of our creative process with you, as we do with From The Vault tracks. So it’s 3 am and I’m giving them to you now.”

“Midnights is a collage of intensity, highs and lows and ebbs and flows,” Swift wrote on Twitter shortly after the release of her new LP. “Life can be dark, starry, cloudy, terrifying, electrifying, hot, cold, romantic or lonely. Just like Midnights.” She added that the record “is a wild ride of an album and [she] couldn’t be happier that [her] co pilot on this adventure was @jackantonoff.” Swift continued, “He’s my friend for life (presumptuous I know but I stand by it) and we’ve been making music together for nearly a decade.” Swift also thanked many of her additional collaborators, such as Del Rey, Kravitz, and more.

She also released a new music video for the track, “Anti-Hero,” In the video, Swift contends with all the neuroses and anxieties described in the song, helped along by her anti-hero, also played by Swift. In the middle section, based on a dream Swift describes in the song, a trio of her fictional adult children-in-law (Mary Elizabeth Ellis, Mike Birbiglia, and John Early) argue over her will as she peeks out of a coffin.