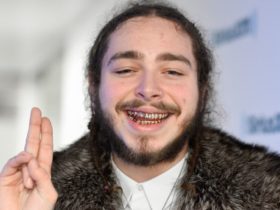 Both tracks are the fresh preview of the band’s forthcoming new album, which will follow on from 2016’s ‘Wildflower’. Meanwhile, the rack premiered on the BBC 6 Music Breakfast Show this morning (July 22).

The Avalanches saying in a statement that they hope the song will offer hope in the face of “the whole damn world incinerating”.

“Why do we send music to the stars?” the band’s accompanying statement asks. “Is it because we want our voices to live forever?

“How else should we become pure spirits, singing forever in the dark?”

Speaking about ‘Reflecting Light’, The Avalanches asked: “What are the sounds that haunt our lives… floating in the static and the noise all around us, just beyond our grasp? Are they radio waves, hallucinations? Voices from the past?. Beginning with the physical we become ephemeral. We are changed… we are reflecting light.”

Earlier this month, Musical group The Avalanches have announced that they have finished their recording work of the third album. They shared the news via Social media account and wrote the caption, ‘The Wildflower album was released worldwide 4 years ago today. Coincidentally, we delivered our 3rd album for mastering late last night. Happy birthday Wildflower’