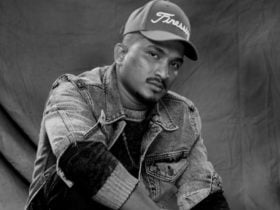 Canadian singer & songwriter, The Weeknd has shared the teaser of his upcoming new song named “The Dawn Is Coming.” Watch the teaser below.

Last month, he said that his new album in a series of tweets, telling fans he’s “really proud of this one” and clarifying “just so there’s no confusion, it’s a full body of work”.

Recently, Belly, The Weeknd & Young Thug have joined forces together for the latest song, “Better Believe.”

Earlier this year, the singer revealed he’d been making music during the lockdown. “Made so much magic in the small quarantined room,” he tweeted, before saying that he is “now just piecing it all together” and calling the new project “so beautiful”.

Also, In March, he officially dropped his latest ‘House Of Balloons’ mixtape on the streaming platform in its original form for the first time. Meanwhile, In April,  The Weeknd teamed up with Ariana Grande for the marvellous new remix, ‘Save Your Tears.’