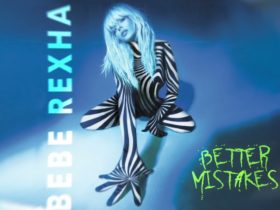 This year Tomorrowland festival edition was about to happen from August 27th till the 29th and September 3rd till the 5th with up to 75,000 people each weekend. Tomorrowland 2021 is canceled due to concerns about rising cases of the COVID-19 Delta variant.

MUST READ – Logic Says, “I’m back” Quit Retirement From Music

According to the Variety reports, “We have just been informed that the mayors of Boom and Rumst will announce a ban on Tomorrowland 2021,” event organizers said in a statement. “That hits like a sledgehammer, very hard and unexpected.”

Tomorrowland organizers responded, saying that their plans would mitigate the need for police to check IDs and vaccine cards. “No Tomorrowland for the second year in a row is in any case a gigantic disaster for our company, but also for the more than 1,500 suppliers involved, many freelancers and our thousands of employees. We are still 100% ready to organize everything as professionally as possible organizationally if the epidemiological situation allows and to celebrate a nice end of the summer with our visitors.”

READ MORE – What Does Marshmello Look Like – Highest-Paid DJ

They continued, “After 15 years of intensive cooperation, this feels very wry and we find it very unfortunate that after the many constructive preparations and conversations federal commitments have reached this point, where we no longer know what just happened to us and have to let it sink in for a while.”