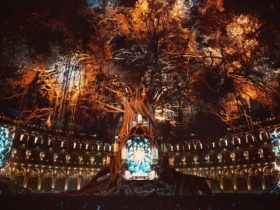 The world’s famous EDM music festival, Tomorrowland 2021 has officially rescheduled its summer event to September 2021. Check out the post below.

The Australian DJ duo, NERVO has confirmed the news in an interview with The Telegraph, Nervo said, ‘The big news is Tomorrowland In Belgium, one of our biggest festivals, has rescheduled this summer to late September. It’s something to aim for. But what I really hope is our parents can visit Europe from Australia as they’re desperate to see their grandchildren. That’s been the hard thing about covid-19, separating families.’

The EDM Duo claimed that the Belgian EDM music festival’s Tomorrowland dates have been rescheduled from July to late September 2021. She also discusses lots of other topics in the amazing interview, such as traveling with her child and navigating the pandemic.

According to the We Rave You reports, ‘Tomorrowland spokeswoman Debby Wilmsen stating that they are looking at postponing six weeks from the original July dates, which would take them to the end of August.

It added, “An official announcement from Tomorrowland is expected during the middle of this month, so we should expect to hear confirmed dates then, but it’s safe to say that August or September are likely bets, and July is off the cards.’