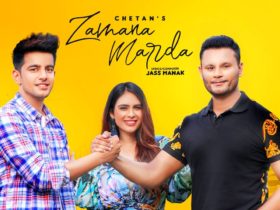 Here is the little video clip, Neha and Aditya are seen ready to exchange garlands on Indian Idol set. The two are surrounded by crew and the judges – Vishal Dadlani and  Himesh Reshammiya.

The Udit Narayan(father of Aditya Narayan) confirmed that, the Aditya and Neha’s ‘wedding’ was just a publicity stunt, he wished that the rumours were true.

He said that : “I suspect this link-up and marriage rumours with Neha are just to boost the TRPs of Indian Idol where she’s a judge and my son is the anchor. I wish the marriage rumours were true. Neha is a wonderful girl. We’d love to have her as our bahu (daughter-in-law),”

The ‘wedding’ has been in the news ever Aditya’s father and singer Udit Narayan came on the show with his wife Deepa Narayan Jha last month and announced the news. Neha’s parents also came on stage and expressed their approval of the match.

Aditya Narayan is an Indian playback singer, television host and Bollywood actor. He is the son of popular singer Udit Narayan.

Neha Kakkar is an Indian playback singer. She competed on season 2 of the television reality show Indian Idol in 2006 and was a judge on the tenth and eleventh season of the same show i.e. Indian Idol 10 and 11 respectively.She also appeared in Comedy Circus Ke Taansen in 2014 on Sony TV.