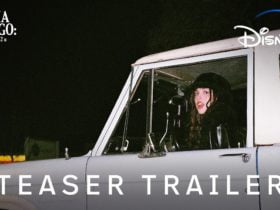 The American rapper, Young Thug has replied to Pusha T for unreleased Pop Smoke track in which he disses his old enemy Drake.

Earlier this week, the song, “Paranoia,” released online, Thugger made it clear that he didn’t know King Push was going to diss Drake on the track, which features him and Gunna. As Genius notes, ‘Paranoia’ didn’t end up on Pop Smoke’s posthumous debut album, ‘Shoot for the Stars, Aim for the Moon’, due to a glitch, according to the label’s head Steven Victor.

Thug said in an Instagram video posted on Tuesday, July 7, “First of all, your verse is seven days if you know what I mean, I’m talking about weak. Second of all, you already went crazy the first time, so you ain’t Nuthin’ but a sucka going on double takes, triple takes and quadruple takes. You should’ve just got all of that out when you put the first song out. You didn’t even need to do all that.”

“I don’t respect the Pusha t verse on the song with me and Gunna cause I don’t have nun to do with y’all beef nor does Gunna,” he wrote on Instagram Stories earlier on Tuesday. Claiming that he would never approve it, the “Danny Glover” spitter added, “and if I knew that was about him I would’ve made changes on our behalf.” He went on calling out Pusha for fanning his feud with Drake, writing, “This rapper s**t so gay.”

Pusha later responded on his own Stories as writing, “1. Don’t feel bad, NOBODY knew what the verse was abt. The label heads that stopped it didn’t even know. They ONLY ASSUME because he told em.”

He continued, “The same way HE TOLD abt the Ross ‘Maybach 6’ verse. And if HE’LL TELL record executives abt rap verses, God only knows what else HE’LL TELL! I don’t deal in Police Work, Police Rappers of Police N***a.”

He went on trolling Pusha, pointing out, “@youngthug you were the last verse added to the song and that’s ONLY because I requested YOU!!” He also claimed that he was the one who asked to be removed from Smoke’s album to “avoid any confusion.”

In the next cryptic post, he added, “From rappers crying to record execs to blatant label censorship, I don’t ride with none of it…but love every bit of it!!” Possibly hitting back at the haters who have put him under scrutiny, the New York City native remarked, “Now y’all run along and be gangsters, but u leave the devil alone!”