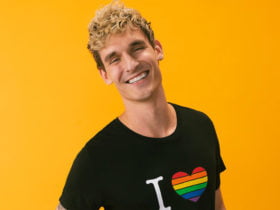 GRiZ Team Up With Subtronics For New Banger, “Griztronics II (Another Level)”

English singer and songwriter, Zayn Malik has dropped his brand new album, ‘Nobody Is Listening,’ featuring Syd & Devlin. Listen to the full album below.

Also, on Tuesday, Gigi Hadid wished Zayn Malik a happy birthday and penned down a heartfelt note to mark the occasion. She took to Instagram and shared a rare look into Malik and her relationship and life as new parents to their daughter.

She wrote, wrote alongside the post, “Team No Sleep ! Happiest birthday to our Zaddy baba. So special. Love you long time, thank you for makin me a mamma to the best girl ever. Wish you the best every single day.”

Meanwhile, last year, he welcomed his first baby daughter together with his girlfriend, American fashion model, Gigi Hadid. he shared the cute image of the child’s hand on his social media handle, and mentioned, “Our baby girl is here, healthy & beautiful to try put into words how I am feeling right now would be an impossible task.”

Zayn Malik ‘Nobody Is Listening’ Out Now! Like This Album? Stream & Download The Full Song By Clicking Here.