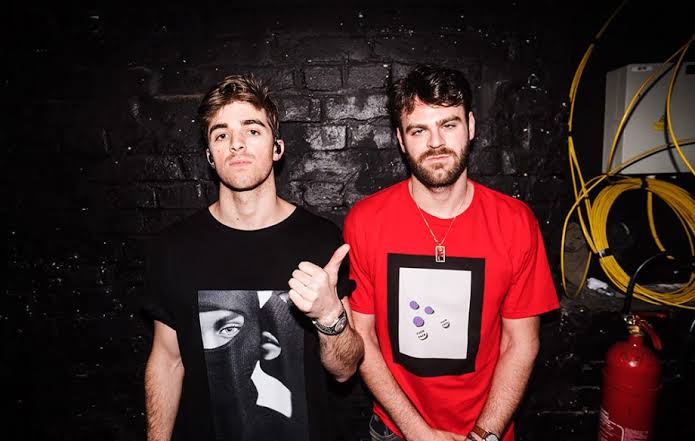 Hello guys, the upcoming brand new album has came in the edm market, The most love able and popular artists/DJ The Chainsmokers has released their new album which name’s World War Joy Album, “Push My Luck”, this is brand new album by The Chainsmokers, Hope you would love this new album, this album contains multiple different EDM songs and superhit songs by Our DJ’s, and You must listen this new album World War Joy Album, “Push My Luck” and also share with your friends and family.

Here are the brand new album “Push My Luck” by the most popular artist/DJ The Chain Smokers, It’s been a little over seven months since it was revealed that The Chainsmokers would be releasing a new album. Since then we have received five of the expected 10 tracks to be featured on World War Joy. Today we get the sixth, “Push My Luck.”

This new album “Push My Luck” follows behind multiple EDM mixes like “Who Do You Love” with 5 Seconds of Summer (5SOS), “Kills You Slowly,” “Do You Mean” featuring Ty Dolla $ign and bülow, “Call You Mine” featuring Bebe Rexha, and “Takeaway” with Illenium and Lennon Stella. The duo are currently on the World War Joy fall tour with support from 5SOS and Stella. It was reported that the album will be released in full by the close of 2019 so the last four tracks should be coming out shortly.

The Chainsmokers are an American DJ and production duo consisting of Alexander “Alex” Pall and Andrew “Drew” Taggart. They started out by releasing remixes of songs by indie artists. The EDM-pop duo achieved a breakthrough with their 2014 song “#Selfie”, which became a top twenty single in several countries. They have won a Grammy award, two American Music Awards, seven Billboard Music Awards and nine iHeartRadio Music Awards.

The Cure Is Headlining The Open’er Festival Only Europe...