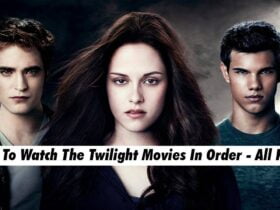 A creative block for a musician is inevitable as the music industry is ever-changing and, above all, demanding. The demand for new music, which is good, is a lot more than the supply for it which pushes a musician to constantly dish out something that’s new and exciting until the next new and exciting thing replaces it.

Any artist, in the music industry or otherwise, knows it’s not just passion but also a lot of persistence and patience that is required to make something that can hold the audience’s attention. But what happens when you find yourself failing to come up with anything for a really long time? In those situations, there are multiple things you can do to unblock your mind to let those creative juices flow

Identify the peak of your creativity

If you’re the kind of person who works round the clock, it could help to identify when your creativity and productivity are at their peak to deal with that creative block. Me, I am most creative at night so I tend to make music or write after the world is tucked in bed and there is nothing but silence surrounding me.

Discovering the peak of your creativity is a little difficult especially if it coincides with something else you do at that time. However, once you identify it, it becomes easier to strategize how you intend on spending that time.

For example, is your peak at the same time you need to go to the gym? Record your ideas on your phone’s voice recorder while you’re going to the gym or even between sets. This way you won’t forget what you came up with and can work on it as soon as you come back helping you snap out of that creative block

Tune in with your surroundings

August Rush once said, “Music is all around us. All you have to do…is listen”.

Sitting in the same space and staring at the same wall can become tedious and will definitely slow down the music-making process. Go out!  Focus on the world around you and the sounds you hear to de-stress your mind. It is easier to deal with a creative block when you see change around you.

Music can be in the squeak of a squirrel, in the rustling of the leaves of a tree, or in the chirping of a bird. Take a walk in a park nearby and tune in with the sounds around you or go for a drive and let the world pass by. You never know what could inspire you.

(But, don’t forget to wear a mask and carry a sanitizer!)

While struggling with a creative block, think to yourself what message do you wish to convey with your music? Do you have a vision for what the video would look like? Or do you have an idea of how you want your audience to feel after they listen to the song? If you don’t know where to begin, it helps to know where you want to end. It might be helpful to have a visual representation of your music first as that could also affect how the music turns out.

Take Beyonce, for example. She mentions in multiple interviews how it helps her to “see music” in order to know what kind of album she wants to have. While talking about her song ‘Partition’, she said when she heard the beat that Timbaland had put together it transported her back to when her husband was wooing her and thought she was the “hottest thing in the world”. That was the mental imagery in her head which she then translated into her music and the video as well!

Collaborate with other people

The music industry is big with an abundance of talent which often leads to music being replicated, intentionally and unintentionally. It’s moments like those when people face creative blocks as nothing is fresh and catchy. Collaborating with like-minded individuals who have different skill sets can help in this situation. Moreover, working with different musicians and artists in the industry will also improve your knowledge and will give you a fresh perspective on your music

Collaborating with someone will also allow you to have a change of scenery like a new rehearsal space or a studio, which might accelerate the process of unblocking. There have been a lot of collaborations in the history of the music industry which have kick-started people’s careers or taken them in a different direction where they have achieved more than what they hoped for. Some of them are Aerosmith and Run DMC, Dr. Dre and Eminem, The Chemical Brothers and Noel Gallagher, and many others.

Listen to music that inspires you

When you are stuck with a musician’s creative block, going back to the moments that got you where you are can help. Listening to music that inspired you to be who you are might strike a chord somewhere, leaving you feeling inspired and ready to take the industry by storm. Apart from the emotional aspect of this, there is a bit of science involved too.

Professor Levitin, who teaches neuroscience at McGill University, explains that our brain has two modes: One, where you are fully engaged, alert, and are paying attention to the task at hand and the other, is a mind-wandering mode. The latter involves being lost in thought and daydreaming. He claims that the mind wandering mode is the default mode of our brain.

Keeping this in mind, in 2011, two Finnish researchers found that when we listen to music this default mode is activated hence inspiring creativity. Professor Levitin says that the right kind of music at the right time will definitely push the default mind wandering state of your mind and its moments like these when you need to relax and just let your creativity take its course.

While these are just some of the methods which can help with your creative block, it is essential to remember to keep the ‘fun’ element alive while making music. Any task done constantly for too long or done with an expectation of utmost perfection will feel like a chore. It’s in moments like those that it’s important to remember why you started making music in the first place and just have fun! 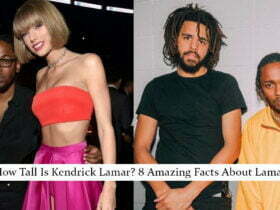 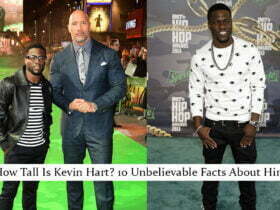 How Tall Is Kevin Hart? 10 Unbelievable Facts About Him 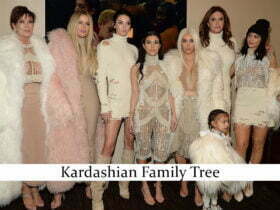