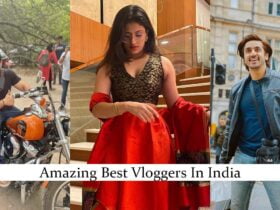 Hey readers, how are you guys doing? In previous articles related to Encanto, we have already discussed “what does Encanto mean and what popular characters from Encanto”. Hence, today’s article is on the Encanto Family Tree. Also, this article will give you a little insight into Who Are Madrigals. Encanto family tree.

Speaking of the Encanto Family Tree, there are 13 main members in the family. I will discuss each one of them later.

However, Encanto is a magical family. Nevertheless, there is only one member in the family who is not blessed with magical powers, her name is Mirabel. Although, she has several other qualities which make her special too.

Therefore, The first song of the movie is “The Family Madrigal,”.

And here is what we learn from that song: there are a lot of Madrigals. A lot of cousins, a lot of aunts and uncles. Just a lot of people deal with their amazing powers and even more importantly, deal with each other.

So, without any further delay let’s dive straight into who are the Madrigals? What does the Encanto family tree look like?

They are husband and wife and head of the Encanto family. Alma and Pedro were the ones who started it all.

They both are very interesting characters. When they were young parents themselves they were forced to flee their village after it was invaded by armed marauders.

Just After Pedro’s death, Alma was left hopeless and alone with her triplets. Member of Encanto Family Tree.

Yes, they had 3 children named Julieta, Pepa, and Bruno. It was at that moment when she, and the rest of her family to follow, were blessed with a miracle in the form of a candle.

And here the magic begins for the family. However, when you stream this movie you will know things ended up being more complicated than that as Alma’s three children grew and had families of their own.

As mentioned above, Pepa Madrigal is the daughter of Alma and Pedro.

However, She is married to Félix and together they have three children. I will discuss their children separately below.

Félix seems to be a perfect match for Pepa, especially since her magical gift is that her mood affects the weather. And he needs to try to keep her happy if he’s looking to stay out of the rain. Haha! Felix is indeed a great husband.

In general, every husband can take inspiration from him on how one can keep their moody wife happy. Member of Encanto Family Tree.

As mentioned above, pepa & Felix have three children, these three are the one. Three of them are special and have different-different magical powers.

Speaking of Camilo, he has a great sense of humor, because of which he keeps the family entertained. Camilo can shapeshift.

However, Dolores has the gift of super hearing. She often turns out to be a trouble creator for the family because of her magical power of super hearing. As she hears the secrets and reveals those to the worst person possible. And hence, this altogether creates problems for the whole family. She is a little annoying, isn’t she?

Talking about Antonio, Antonio is especially close to his cousin Mirabel and learns from a young age that his gift is talking to animals. Member of Encanto Family Tree.

Julieta is the wife of Agustin. They are blessed with a beautiful and courageous daughter named Madrigal, and two other children named Isabela and Luisa. I will discuss them later. The couple is indeed great parents to their daughters.

Julieta has a special power to heal people through the food she prepares. She adores her daughter a lot.

Mirabel Madrigal is not blessed with any magical powers. Yet she is very special. She always comes up with great ideas and possesses great love and affection towards the family. Because of this, she is liked by everyone.

Agustin is a great husband and a great father too. He is a great support system to Mirabel. The reason why Agustin understands Mirabel’s position is as he has occasionally felt like an outsider in the family too.

To let you know, despite being clumsy, he does his utmost to protect his daughter and shield her from Abuela’s emotional abuse. Member of Encanto family tree.

Both of them have very different personalities. However, speaking of Isabela She is pretty, isn’t she? What great facial features she has. Undoubtedly, I can mention, that she is the epitome of beauty.

On the other hand, Luisa is very strong physically as well as mentally. She is the pillar of the family. This girl is determined to fulfill her tasks no matter what. Sadly, she was always preoccupied with doing so many things to help people, that she often felt herself under pressure.

Therefore, her overall character makes her special and different from the rest. That is why she is being liked by people like crazy!  Indeed, a perfect paragon of how a girl/boy should be.

He is my personal favorite character. I wish I had someone like Bruno in my life too. He is the only son of Alma and Pedro Madrigal, and Bruno is the real black sheep of the family.

As a young boy, he was given the gift of being able to see into the future, and he ran away to protect his family from his visions.

He lived inside the Casita’s walls until he was found by Mirabel and brought back into the family. Member of Encanto Family Tree. Bruno has no children but is a loving uncle to his nieces and nephews. What a great guy!

Conclusion: The Madrigal family are more than their magical powers. They are a loving, complicated, amazing group of people who choose to love each other. This quality of a family living together and supporting each other at their worst is rare to be found these days.

And I guess, that’s what really makes up a family tree.