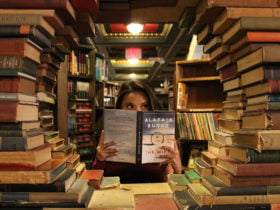 Types Of Books You Must Know

Do you like to watch fantasy romance movies? Are you looking for Twilight Movies in order? Here we have come up with the order of Twilight Movies. The order is simple according to the release dates of movies. The only confusion creates is because the novels are four and the movies are five. The reason behind it is that the last part splits into two movies.

The Twilight movie series is a romantic fantasy movie series. It is based on four novels Twilight, New Moon, Eclipse, and Breaking Dawn by the author Stephenie Meyer. You must watch the series as it is worthy to watch. It is actually a vampire-human love story that makes the movie more exciting and enthralling. Let us consider the order of the twilight movies.

Twilight is the first movie in the series. It stars Robert Pattinson, Kristen Stewart, Peter Facinelli, and Billy Burke. The story centered on the relationship between a vampire Edward and a teenage girl Bella. Edward doesn’t want to befriend Bella but eventually, they fall for each other. There are challenges waiting for them to face.

The Twilight Saga: New Moon is the sequel to the first movie. The story starts where it was ended in the first film. Edward’s family hosts a birthday party for Bella. While Edward’s brother attacked Bella. Edward realized that she is in danger because of him. He leaves Bella and she is depressed due to his absence.

The Twilight Saga: Eclipse is the third movie in the Twilight series. David Slade is the director of this movie. It is the only Twilight movie released in IMAX. Victoria came back to seek revenge on Edward and Bella. As a result, Bella faces challenges and she gets confused in choosing between love and friendship.

The Twilight Saga: Breaking Dawn- Part 1 is the fourth film in the movie series. The movie starts where the last movie ends. Bella and Edward are married. They went on honeymoon to Isle Esme. Bella is happy when she gets pregnant. But their child is going to be half-vampire and half-human. Bella and the baby’s life are in danger. Watch out for the movie to know the climax.

The Twilight Saga: Breaking Dawn- Part 2 is the fifth and last movie in the Twilight series. It has been the sixth highest-grossing film of 2012. It is also the highest-grossing Twilight movie of the series. Bella and Edward are living a happy life with their daughter Renesmee. Bella is a vampire now. Volturi is informed that Renesmee is immortal and now she is in danger. 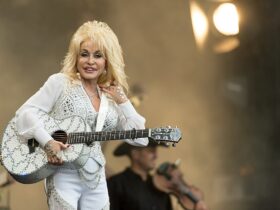