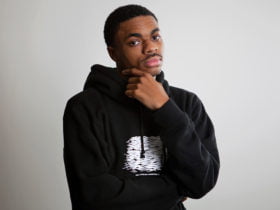 Marshall Eminem is one of the fastest rappers in the world. He holds the Guinness World Record for rapping the most words in a song. In every song of Eminem, there is a story behind it. We listed for you the best Eminem songs and also mentioned stories behind them.

Mathers had a difficult upbringing, which included poverty and accusations of violence. He started rapping in clubs in Detroit, Michigan, at the age of 14, and when unexcused absences forced him to repeat the ninth grade, he dropped out, determined to make it in hip-hop music.

When you read this article you get to know many things about Eminem. You will definitely enjoy reading this article.

MUST READ – Best Music Documentaries All The Time

So guys, here are the list of 10 Best Eminem songs:

There is an interesting story behind this song. We all know behind fame and success their is sacrifice and a lot of frustration after “The Slim Shady EP” Eminem was under professional pressure to match the achievement, so Eminem Marshall created the beat for the first time on his own. This is the best Eminem song I can say this is the most-honest, relevantly-personal and socially-encompassing best rap songs ever written.

Lose yourself song was written during 8-Mile film shooting. This song was nominated for an Oscar for Best Song from a Motion Picture, beating out songs by Paul Simon and U2. Eminem shows the plight of the working class in this song he grew in a poor Detroit neighborhood and pursued his dream of being a rap star. This song is one of the Best Eminem songs till now and forever.

Although our artist was struggling with a lot of issues in his professional and personal life before this song, Not Afraid reflects his positivity. Not Afraid is an inspirational best song in Eminem’s life. Eminem then decided to concentrate solely on his career and family. We all know that the life of an artist is a roller coaster, but how an individual responds in the aftermath is all that matters.

MUST READ – HOW TO MANAGE STUDIES WITH MUSIC PRODUCTION ?

It’s normal for celebrities to have a passionate and crazy fan. But how about the singer write a song about his loveable fan isn’t that amazing. His fan name is Stan. So, this song is about a fan who wrote letters daily to Eminem after that he places his pregnant girlfriend in his trunk and drives over a bridge when his letters go unanswered. The song ends with Eminem responding to his letter and remembering that Stan was the man who drove off the bridge in the news.

Love the way you lie is the best track of 2010 and of Marshall’s carrier. Eminem sings about the domestic violence, abusive love-hate relationship and that make this song so impactful because not every one talk or do something about domestic violence. This is the best song about a romantic comedy in Eminem style.

Eminem wrote this lovely song to express his love for his daughter. So, if you’re sad or lonely, listen to this song because that’s how you’ll know your father and mother are always there for you and how much they care for you. Eminem expresses his love for daughters by saying, “I want to give you the life that I never had.” This is the best song in which a father displays his soft side for his daughter.

Without Me is taken from his fourth studio album The Eminem Show (2002). The story behind this song reflect in the name, He said through this song that without him everything is boring and empty in the music industry. Because of his catchy lyrics, the song has become extremely popular. It’s one of Eminem’s most successful singles. The song reached #2 on the Billboard Hot 100 singles chart in the United States.

There’s a story behind every Eminem rap song. Our artist’s life has been difficult since childhood, with several issues with his mother, and then with his ex-wife, which has only added to his suffering. As a result, the song’s lyrics simply reflect Eminem’s grip on the situation. No one else has dared to make a song like this, but Marshall Eminem has. But in real life, he is a very down to earth person, very polite.

Drug Ballad is the best song where Eminem is very honest and tells about substance abuse. This song is totally based on a true experience that Marshall faced. He says that drug and alcohol are fun when you are young but pretty soon you will be older and wiser than you regret about that time. He simply highlights the ugliness of such actions and behavior. This is a fantastic best Eminem song that anyone who has dealt with similar situations can relate to.

MUST READ – Why All Beginners Music Producers are in Love with FL Studio?

The title of the song suggests that he tired of hiding things about his childhood. He just wants that through his song everyone should know about his past. Eminem talks about his mother in the song about how he mistreated and neglected. but after that, he realizes that his mother was there when he needs he then even release “Headlights” and apologizes to his mother for the thing he said in Cleanin’ Out My Closet.