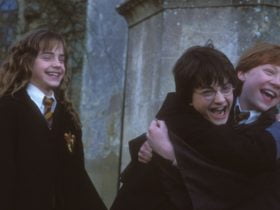 12 Most Famous Trios Of All Time

They were the loudest and the fastest guys around. So, in this list, you are gonna find the 12 most famous heavy metal bands you must know about.

All the heavy metal bands on the list have made a huge success and managed to be on top in their time.

So, here comes the list of the top 12 famous heavy metal bands of all time.

Though they were initially criticized for being less skilled than others in the business, Venom made up for it by composing some of the fastest metal around all. Because of this, their trailblazing influence and their black metal can’t be something look down on. Their dark sound combined with morbid lyrics and imagery also made them forerunners of the extreme metal scene.

By taking hardcore punk rock into a faster and heavier realm and adding loud guitars and raspy vocals, Motorhead has been called the originator of speed metal.

With the hiring of Phil Anselmo on vocals, Pantera went from being a glam metal band to pioneers of the new wave of American heavy metal. They first distinguished themselves from the groove and trash-metal effort “Cowboys from Hell”. But within a few short years, they topped the charts with “Far Beyond Driven”. Their legacy continues to live on despite the band broken and Dimebag Darrel’s tragic death.

Founded by Ex-Metallica guitarist Dave Mustaine, Megadeathhas had a revolving lineup since its inception. Even so, the band remains a force in the metal scene today because they haven’t lost any of their speed or intensity. With complex instrumentals, memorable guitar solos, and volatile lyrics they made a name for themselves as one of the big four.

Without Anthrax and the rest of the big four heavy metal wouldn’t have been what it is today. As one of the first trash-metal acts to gain major label recognition, The American outfit helped define the genre with the rapid-fire riffs and hardcore punk-inspired ferocity.

Slayer set the pace for thrash-metal with the speed and aggression of 1986’s “Rain In Blood”. Throughout the years the band built a reputation for technical mastery.

Thanks to Tom Mariah’s raw vocals, Bassist Jeff Hanneman and Carrie King’s guitar solos, and Dave the Godfather of the double-bass Lombardo on drums.

If you’re a pure heavy metal lover, then look no further than these guys. In the 1970s these metal gods combined the double guitar style of KK Downing and Glenn Tipton with Rob Halford’s theatrical vocals to create their own unique and heavy metal sound.

While they’ve softened over the years, but Metallica remains one of the most commercially successful heavy metal bands ever.

The fast-paced aggressive sound and complex compositions of “Ride The Lightning” and “Master of Puppets” positioned them as heavy metals big four.

With their iconic guitar solos and hard rock attitude, they spearheaded the new wave of British Metal. Despite their controversial lyrics and imagery “The number of the Beast” has become a classic, while “Powerslave” cemented them as heavy metal grades.

They are known for their killer to live shows. They have been an influence on many who wish to become a heavy metal artist.

Ozzy isn’t called the “Godfather of Heavy Metal” for nothing. With Black Sabbath, The Prince of Darkness set the blueprint for heavy metal and countless subgenres. Alongside Tony Iommi’s big-bad riffs, Ozzy’s signature vocals and tormented lyrics made for a dark and heavy blues-rock sound unlike anything before.

The Tool isn’t the most prolific metal band out there; since their inception in 1990, they’ve only released four albums.

Black Sabbath released their fourth album around three years into their career, for comparison’s purposes. Despite their limited output and utter absence of hit songs, Tool has amassed one of metal’s largest cult followings.

The band rose to prominence in 1993, during the height of the alternative music craze.

Dream Theater is the ideal blend of progressive rock and heavy metal. If you’ve never heard of the band before, “The Big Medley” from their 1995 EP A Change of Seasons is a fantastic place to start. Pink Floyd’s “In the Flesh,” Kansas’ “Carry On Wayward Son,” Queen’s “Bohemian Rhapsody,” and Genesis’ “Turn It On Again” are all included.

It’s a difficult feat to do, but they do it with ease. This isn’t to suggest that Dream Theater is a cover band. The group has 11 studio albums, the first of which was released in 1989. 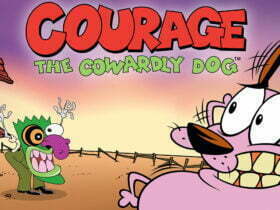