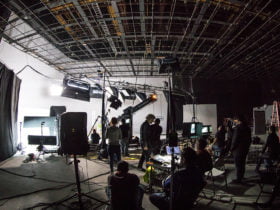 Hello folks, how are you doing? Today Let’s read a little about the best female R&B singers of all time. Siachen studios always come up with the best short and crisp n number of articles to keep their readers updated.

So tell me who is the most recognized and extremely popular best Female R&B singer? In case you don’t know, this article is all for you. First, let’s put some light on what R&B music is. Rhythm and blues, frequently abbreviated as R&B or R’n’B, is a genre of popular music that originated in African-American communities in the 1940s.

Well, guys, Contemporary R&B is often driven by keyboards, synthesizers, strong bass lines, and looped drum beats. In this sense, it has more in common with hip hop than rock music. Contemporary R&B songs regularly top charts, making R&B one of the most commercially successful genres in the modern music industry.

So without any further ado, let’s know who these famous female R&B singers are of all time.

Aretha Franklin is without question The Queen of Soul.

She has 18 Grammy Awards. 20 No. 1 Billboard R&B singles and over 75 million records sold. That is the topmost reason why she is first on this list of female R&B singers.

Let me give you more insight about Franklin. She recorded for over 50 years and had 100 entries on the Billboard Hot R&B/Hip-Hop Songs chart, more than any other female artist.

Franklin was the first female inducted into the Rock & Roll Hall of Fame on Jan. 3, 1987, and Rolling Stone named her No. 1 on its list of the 100 Greatest Singers of All Time.

It’s sad that she is not alive today, nevertheless, she has earned a great amount of respect globally. People recognize her as a lady with a great sense of music.

She performed for the inaugurations of President Bill Clinton and President Barack Obama and gave a command performance for Queen Elizabeth. She died on Aug. 16, 2018, in Detroit of pancreatic cancer.

She is the most awarded R&B female singers of all time. She has won over 600 awards during her phenomenal career.

She died on Feb. 11, 2012, in Los Angeles of accidental drowning. This is absolutely sad.

She sold an incredible 200 million singles and albums. Her signature song, “I Will Always Love You” from “The Bodyguard” soundtrack, was the best-selling single in history by a female artist (20 million copies), and “The Bodyguard” was the most successful soundtrack ever with over 45 million sales worldwide.

She earned an Emmy in 1986 for her unforgettable performance of “I Will Always Love You” at the Grammy Awards. On Jan 27, 1991, Houston gave a landmark televised performance of “The Star-Spangled Banner” at Super Bowl 25 in Tampa, Florida.

Diana Ross, is a singer and actress who played Dorothy in the 1978 movie version of The Wiz alongside Michael Jackson, Nipsey Russell, and Ted Ross.

Ross first rose to fame as a founding member and lead singer of the Motown group The Supremes during the 60s. After leaving the group in 1970, Diana began her solo career that has included successful ventures into film and Broadway.

Unfortunately for Ross nearly all movie critics universally agreed that her performance failed to capture the youthful spunk, Strength, and tenderness of Baum’s Dorothy.

While working on the movie, Ross also recorded a soundtrack titled Diana Ross Sings Songs From The Wiz, in which she sang 15 songs from the musical all by herself.

As an actress, she won a Golden Globe and earned an Academy Award nomination for Best Actress for her debut starring role in “Lady Sings the Blues.” Her numerous honors include Billboard’s Female Entertainer of the Century, and the Guinness Book of World Records declared her the most successful female music artist in history.

Her seemingly endless list of accolades also includes being named one of Time magazine’s “100 Most Influential People” and People magazine’s “World’s Most Beautiful Woman.”

As a solo artist and a member of Destiny’s Child, Beyonce has sold over 135 million records and won 20 Grammys.

Following, Best Thing I Never Had, Countdown, and Love on Top were released as singles. To date, “Best” is the most successful single from this era, peaking at number 16 on the Billboard Hot 100 tally.

She rose to prominence after releasing her self-titled debut studio album, Mariah Carey in 1990; it went multi-platinum and spawned four consecutive number one singles on the U.S. Billboard Hot 100 chart.

Throughout her career, Carey has sold more than 280 million records worldwide, making her one of the best-selling music artists of all time.

She is a member of the Rock & Roll Hall of Fame and has received eight Grammy Awards, including the 1985 Record of the Year for “What’s Love Got to Do With It.” Known as “The Queen of Rock and Roll,” Turner has sold over 200 million albums and singles worldwide.

From beginning her career singing with Ike Turner’s Kings of Rhythm to her exceptional solo career, Tina Turner has been one of the most influential and inspiring artists for over 50 years.

Well speaking of Dionne Warwick, in her 50 years of career,

she has released numerous classics, including “Walk on By,” “I’ll Never Fall in Love Again,” and “I Say a Little Prayer”.

Warwick is second only to Aretha Franklin as the most charted female vocalist of all time, with 69 singles reaching the Billboard Hot 100 between 1962 and 1998.

She has won a Grammy award for “That’s What Friends Are For”, one of five Grammys she’s received in her career.

This woman is a 10-time Grammy award winner. She began her career as the lead singer for the band Rufus in 1973 before launching her solo career in 1978.

She has sold over 70 million records worldwide. Her classics include “Sweet Thing,” “I’m Every Woman,” “I Feel for You,” “Ain’t Nobody,” and “Higher Love” with Steve Winwood. Higher Love has won a Grammy for Record of the Year in 1987.

Gladys Knight has excelled as a solo artist and lead singer of Gladys Knight and The Pips. It was During a career spanning over six decades.

She is a four-time Grammy Award-winner. Her classics include “I Heard It Through the Grapevine,” “Midnight Train to Georgia,” and “Neither One of Us Wants to Be the First to Say Goodbye.”

Knight also recorded the AIDS benefit anthem “That’s What Friends Are For” with Stevie Wonder, Elton John, and Dionne Warwick.

She received a star on the Hollywood walk of Fame. Also, her numerous honors also include Lifetime Achievement Awards from BET, Soul Train, and Essence magazine.

Labelle’s song “The Last Unbroken Heart” (with Bill Champlin) was featured in the episode “When Irish Eyes Are Crying” of the series Miami Vice.

Her song “One of These Mornings” (with Moby) also appeared in the Miami Vice film.

LaBelle released four solo albums between 1977-1984. Nevertheless, received a Grammy nomination for her song “The Best Is Yet To Come”.

Furthermore, there is one thing that you need to know about her. LaBelle is the only musical artist to feature in both the original television series and movie adaptation.