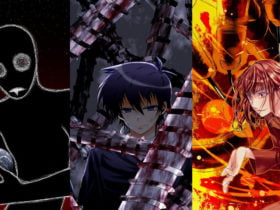 Hey readers, hope you all have been great. Today’s topic of discussion is very intriguing. It is about Famous Australian bands. Australia is known for what type of music? do you know? It’s alternative, country, electronic, folk, grunge, indie, hip hop, pop, progressive rock, punk, R&B, rock, ska, and soul.

Australian bands are best known for their versatility. Frankly, what do you think of when I say Australia? The land of Australia is vastly famous for its talent. There have been a variety of entertainers who have become successful in Australia.

Guys, this article on Australian bands comprises 12 such names recognized for their unique style. I have tried to mention an overview of these bands in this article. However, bands from every genre are listed here, including rock, pop, hip-hop/rap, jazz, and more.

So, without any further delay, let’s dive straight into a list of Australian bands. And let’s try to find out for what exact reasons they are adored by people ardently.

AC/DC are an Australian hard rock band formed in Sydney, Australia in November 1973 by brothers Angus and Malcolm Young.

Although the band is considered a pioneer of hard rock and heavy metal, its members have always classified their music as “rock ‘n’ roll”.

AC/DC had several line-up changes before they released their first album, High Voltage, in 1975.

The band’s next album, For Those About to Rock We Salute You, was also highly successful and was their first album to reach number one in the United States.

The multiple Grammy Award-winning group was successful for all of its forty years of recording music.

The Bee Gees were a singing trio of brothers — Barry, Robin, and Maurice Gibb — that became one of the most successful musical famous Australian bands of all time.

They were born on the Isle of Man to English parents, lived in Manchester, England, and moved to Brisbane, Australia during their childhood years, where they began their musical careers.

Their worldwide success came when they returned to England and signed with producer Robert Stigwood.

Fronted by the charismatic singer Michael Hutchence, INXS became Australia’s biggest musical export on the release of its 1987 album, Kick.

The following decade saw them notch up more sales and acclaim, but the death of Hutchence in 1997 almost finished the band.

They’ve continued, however, using other singers, including one picked from a talent show. One of the most famous Australian bands of all time.

Little River Band is an Australian rock band that 1975 in Melbourne was founded.

The name of the band is by Birtles Shorrock and taken from a road sign in the direction of the municipality of Little River, near the city of Geelong, there the Australian fans an American name nothing found.

Little River Band was the first Australian sustained commercial success in the United States. During its existence, the band has sold more than 25 million albums and he made 13 American top 40 hits.

The band has undergone many other changes in the occupation-so was John Farnham between 1982 and 1986 the lead singer-but still occurs.

Silverchair was an Australian alternative rock band, which formed in 1992 as Innocent Criminals in Merewether, Newcastle with Ben Gillies on drums, Daniel Johns on vocals and guitars, and Chris Joannou on bass guitar.

The group got their big break in mid-1994 when they won a national demo competition conducted by SBS TV show Nomad and ABC radio station, Triple J.

The band was signed by Murmur, and was successful in Australia and internationally.

Silverchair won more ARIA Music Awards than any other artist in history with 21 wins from 49 nominations.

They also received six APRA Awards, with Johns winning three songwriting awards in 2008. All five of their studio albums debuted at number one on the ARIA Albums Chart

Cold Chisel is an Australian pub rock band, formed in Adelaide in 1973 by mainstay members Ian Moss on guitar and vocals, Steve Prestwich on drums, and Don Walker on piano and keyboards.

They were soon joined by Jimmy Barnes on lead vocals and, in 1975, Phil Small became their bass guitarist.

However, The group disbanded in late 1983 but subsequently reformed several times. One of the most famous Australian bands of all time.

Well, Seven of their studio albums have reached the Australian top five. At the ARIA Music Awards of 1993, they were inducted into the Hall of Fame.

Midnight Oil issued their self-titled debut album in 1978 and gained a cult following in their homeland despite a lack of mainstream media acceptance.

The band achieved greater popularity throughout Australasia. They achieved their first Australian number one album in 1984 with Red Sails in the Sunset, and they topped their native country’s singles chart for six weeks with the EP Species Deceases.

The band’s music often broaches political subjects, and they have lent their support to multiple left-wing causes.

They have won eleven Australian Recording Industry Association (ARIA) Awards and were inducted into the ARIA Hall of Fame in 2006.

Crowded House is an Australian/New Zealand band formed in 1985. The band broke up in 1996 but reunited in 2006 with a new album, Time On Earth.

They are one of the most recognizable and famous bands in Australian history.

The members of the band are known for songs like Don’t Dream It’s Over, Locked Out, Better Be Home Soon, Into Temptation, Private Universe, and Distant Sun.

Brothers Nic and Chris Cester were the backbone of this hard-rockin’ Melbourne band, whose biggest hit was 2003’s Are You Gonna Be My Girl? Rollover DJ and Look What You’ve Done were other great tracks from their debut album Get Born.

Originally a five-piece, the band underwent numerous line-up changes, with Amphlett and McEntee remaining as core members, before its dissolution in 1996.

The band was inducted into the Australian Recording Industry Association (ARIA) Hall of Fame in 2006 and in late 2007 Amphlett and McEntee reconvened to record a new single and begin working on a new album.

Divinyls released five studio albums—four placed in the Top 10 Australian chart, while one (Divinyls) reached No. 15 in the United States (US) and No. 33 for 3 weeks in Canada.

The Easybeats were an Australian rock band. They formed in Sydney in late 1964 and disbanded at the end of 1969.

They are regarded as the greatest Australian pop band of the 1960s, echoing The Beatles’ success in Britain, and were the first Australian rock and roll act to score an international pop hit with their 1966 single “Friday on My Mind”.

The band’s members were extremely talented and versatile.

12- Nick Cave And The Bad Seeds

The dark master of Australian rock, Cave made his debut in the punk/goth outfit The Birthday Party back in 1978.

The band dissolved in 1983, leaving Cave to form The Bad Seeds, who have released 15 albums. 96’s Murder Ballads saw him team up with another Australian icon – Kylie Minogue

Hope you enjoyed this light piece of reading!