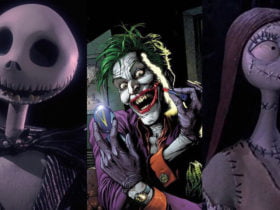 Hello folks, here I am going to discuss the best black metal bands of all time? As we all know, Black metal is a heavy, dark, and chaotic subgenre of heavy metal music. The genre typically features fast tempos, shrieking vocals, heavily distorted guitars, and double-bass drumming.

So, when you scroll up the page you will see the best & popular black metal bands of all time.

In 1998 the band released their first full-length album, Black Shining Leather, once more via Avantgarde Music.

Cradle of Filth is an English extreme metal band, formed in Suffolk in 1991. The band’s melodic style developed originally from black metal to a cleaner and more “produced” amalgam of gothic metal, symphonic metal, and other metal genres.

The band consists of its founding member including,

Venom is an English heavy metal band, formed in Newcastle upon Tyne in 1978. Venom’s first two albums, Welcome to Hell (1981) and Black Metal (1982), are considered major influences on thrash metal and extreme metal in general.

Also, the band was part of the early wave of the genre, along with Mercyful Fate and Bathory.

Enslaved is a Norwegian extreme metal band, formed by Ivar Bjørnson and Grutle Kjellson in Haugesund in June 1991. They are currently based in Bergen, Norway. One of the popular Black Metal Bands of all time.

Immortal is a Norwegian black metal band from Bergen, founded in 1991 by frontman and guitarist Abbath Doom Occulta and guitarist Demonaz Doom Occulta. The pair worked with various drummers including Grim, Armageddon, and Hellhammer, and were later joined by current drummer Horgh Reidar Horghagen in 1996.

Bathory was a Swedish black metal band, formed in Vällingby in March 1983. they are regarded as pioneers of black metal and Viking metal. Lords of Chaos conveyed Bathory’s first four albums as “the blueprint for Scandinavian black metal.”

Dimmu Borgir is a Norwegian symphonic black metal band from Jessheim, formed in 1993. The band has been through multiple lineup changes over the years: vocalist Shagrath and rhythm guitarist Silenoz are the only original members who still remain, with lead guitarist Galder being a longstanding member.

Gorgoroth is a Norwegian black metal band based in Bergen, formed in 1992 by guitarist Infernus. The band is named after the dead plateau of darkness in the land of Mordor from J. R. R. Tolkien’s fantasy novel The Lord of the Rings. One of the popular Black Metal Bands of all time.

Darkthrone is a Norwegian extreme metal band from Kolbotn, Akershus. Formed in 1986 as a death metal band named Black Death.

In 1991 Darkthrone assumed a black metal type influenced by Bathory and Celtic Frost and became one of the leading bands in the Norwegian black metal scene.

Mayhem is a Norwegian black metal band formed in Langhus in 1984. The band’s music is enormously influenced the black metal genre. Mayhem’s earlier profession was highly controversial, especially due to their infamous live performances, the 1991 suicide of songster Per Yngve Ohlin (“Dead”) and the 1993 murder of guitarist Øystein Aarseth (“Euronymous”) by former member Varg Vikernes (“Count Grishnackh”) of Burzum.