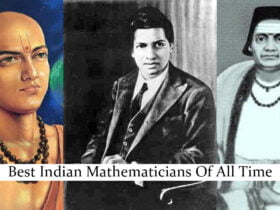 Hey guys, here we are presenting the list of Florida Rappers. Florida rap has become extremely popular. Florida has produced several artists who got national and international fame as well.

We have picked some of the best rappers you might know. The list includes famous Florida rappers from Kodak Black to Ace Hood. So, let’s check it out.

15 Best Florida Rappers You Must Know

Denzel Curry is a renowned rapper born in Carol, Florida. He became a member of the Raider Klan. His debut studio album is Nostalgic 64. In fact, Denzel has worked with Stephen A Clark, Rick Ross, Nell, Mike Dece, Flortebowie, etc.

Kodak Black or Bill K Kapri is one of the best Florida rappers. He wants to become a rapper since childhood. At the age of 12, he joined rap groups. His debut studio album Painting Pictures ranked third on Billboard 200 chart. Heartbreak Kodak and Project Baby are his best mixtapes.

Faheem Rasheed Najm aka T-Pain is a rapper, singer, songwriter and record producer. He is one of the best Florida rappers. He joined the rap group Nappy Headz. His debut album Rappa Ternt Sanga was a superhit. T-Pain collaborated with Lil Wayne, Kanye West etc.

Jamell Maurice Demons or YNW Melly is a rapper and singer. He was interested in music and rap since childhood. Melly has uploaded his music on social media. But, at 16, he was charged with double murder. Melly worked on his music skills in jail also.

Lil Pump is one of the most popular Florida rappers. His real name is Gazzy Garcia. His single Lil Pump was a huge hit on SoundCloud. Moreover, Drumstick, Elementary, Gang shit, Gucci Gang and Ignorant are some of his best works.

Armando Christian Perez aka Pitbull is a singer and rapper born on Jan 15 1981. Pitbull released his debut album M.I.A.M.I. in 2004. He has collaborated with artists Janet Jackson, Usher and Cypress Hill etc. He gets massive crowds on his concert tours.

Flo Rida aka Tramar Lacel Dillard is a renowned rapper. He is one of the best selling music artists. His debut single Low topped the chart of US 100 for ten weeks. He founded his label International Music Group in Dec 2010. Apart from it, his songs ranked on various charts.

Mason Durell Betha is known by his stage name Mase. He is one of the best Florida rappers. Significantly, his first album Harlem World ranked first on Billboard. His singles like Welcome Back, What You Want, Lookin’ At Me are RIAA gold-certified.

Trina is a popular Florida rapper. Her real name is Katrina Laverne. She is also an actress and songwriter. She started her career with Trick Daddy’s single Nann Nigga. Her debut album is Da Baddest Bitch which ranked No. 33 on US Billboard 200 chart.

Maurice Samuel Young is known by his stage name Trick Daddy. He was born on 27 September 1974 in Florida. His debut album Based on True Story was released in 1997. Afterwards, ‘Nann Nigga’, ‘I Am A Thug’ and ‘Play No Games’ brought him great success.

Bobby Shrmuda is considered one of the prominent Florida rappers. His song Hot Nigga ranked at sixth position on Billboard Hot 100. In fact, He has performed Shmoney Dance in a music video. Shmurda gets popular after this dance. He has been a part of the rap group GS9.

Rick Ross is one of the best Florida Rappers. He owns a record label Maybach Music Group. His debut album Port of Miami topped the US Billboard 200 chart. Indeed, He has collaborated with Lil Wayne, Flo Rida, Jay-Z, R Kelly etc.

Antoine Franklin McCollister aka Ace Hood was born on 11 May 1988 in Florida. He wants to become a rapper since childhood. After meeting with DJ Khaled, he joined his label We The Best Group. He gave several hits like Hustle Hard, Trials and Tribulations, Gutta etc.