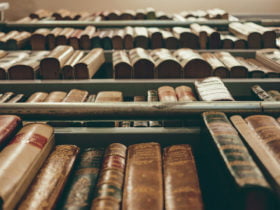 Are you looking for the best British Rappers? so you are at the right place, in this incredible article, I am going to present to you the best British rappers of all time. So let’s check out the list below.

There is a branch of UK rap, which some argue is more authentic, called North London Grime. A lot of the time, UK rappers are listened to by people who don’t usually listen.

Slowthai (real name Tyron Kaymone Frampton) is one of a famous British rapper, born on 18 December 1994, Raised in Northampton. In 2019, He achieved popularity for his gritty and barbaric instrumentals and raw, politically charged lyrics, mainly around Brexit and Theresa May’s tenure as British Prime Minister.

David Orobosa Omoregie Aka Dave is a British rapper & record producer, born 5 June 1998. He has gained glory for his socially cognizant lyricism and wordplay and is among the most acknowledged British rappers.

Roots Manuva Aka Rodney Hylton Smith is a British rapper and producer, born 9 September 1972. Also, He is one of the most influential artists in British music history. He gained commercial success with the albums Run Come Save Me and Slime & Reason.

AJ Tracey (real name Ché Wolton Grant) is a British rapper & singer, born 4 March 1994. He is from Ladbroke Grove, West London. In 2016, He gained popularity and listed by The Guardian in a list of best new acts to catch at festivals 2016.

Slick Rick (real name Richard Martin Lloyd Walters) is a British-American rapper and record producer, born January 14, 1965. His track, “La Di Da Di” is one of the most sampled songs in history. In the mid-1980s, He gained popularity with Doug E. Fresh & the Get Fresh Crew.

MF Doom (real name Daniel Dumile) was a famous British-American rapper and record producer. Born on July 13, 1971, & died on October 31, 2020. In the 2000s, He became a major figure in underground hip hop and alternative hip hop. He portrayed as one of the scene’s most celebrated, unpredictable, and enigmatic figures.

Lady Leshurr Aka Melesha Katrina O’Garro is a British rapper, singer, and producer, born on 15 December 1987. In 2016, She is known for her Queen’s Speech succession of freestyles, the fourth of which became popular.

Stephanie Victoria Allen Aka Stefflon Don is a British rapper and singer, born 14 December 1991. She rose to fame after her 2017 single “Hurtin’ Me” Featuring French Montana.

Scarlxrd (real name Marius Lucas Antonio Listhrop) is one of the most famous British rappers, born on 19 June 1994. He is known for his amazing melodic style mixing elements of trap music and heavy metal and is considered a pioneer of the rap-metal genre.

Headie One (real name Irving Ampofo Adjei) is a popular British rapper and singer, born on 6 October 1994. Headie One is best known for his track “18Hunna” featuring rapper Dave. He is a member of the UK drill group OFB and is considered to be a pioneer of the UK drill scene. One of the Famous British Rappers.

Pa Salieu Gaye is a British rapper and singer, born 1 July 1997. In January 2020, he released his debut single “Frontline”, which was the most-played track of 2020 on BBC Radio 1Xtra.

Dylan Kwabena Mills (MBE) Aka Dizzee Rascal is a British MC & rapper. He is a pioneer of grime music & his work has also included elements of UK garage, bassline, British hip hop, and R&B.