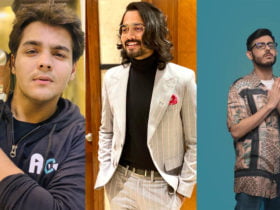 Hello, young people! In this article, we are going to discuss the best Movies About College you must watch. Are you missing your college days? Or Are you planning to take admission to a college? Or Are you a college-going student? Well, there can be so many possibilities. I guess each one you would love to watch some college films. The films which will help you reminisce about your college days or the films which will let you have an idea of how your college life would be.

Furthermore, as we know that college films are always full of drama, nevertheless that drama is not exactly there in real life. Albeit these films can exactly give you what you are looking for.

12 Best Movies About College || Top Films Of All Time – Let’s dive straight into the list:

This movie is about three friends who attempt to recapture their glory days by opening up a fraternity near their alma mater. However, the movie is extremely hilarious which will make you laugh out of your heart.

Furthermore, the intriguing part about the movie is that the three men in their thirties wish to be college-going boys again. To watch this movie all you need to do is leave your brain at a place, & don’t apply logic to any of the movie scenes and enjoy this one of the amazing Movies About College films.

It’s an American comedy college film. The film is about a troublemaking fraternity whose members challenge the authority of the dean of the fictional father college.

However, The film has amazing one-liners and it’s the best showcase extant for John Belushi’s subversive, attention-grabbing screen presentation indeed.

This movie is more about the party culture. It’s an American comedy film. The film is about the story of a playboy named bunny who signs up to be the house mother.

However, the film has received mixed reviews both positive and negative. Nevertheless, the film was a massive hit at the box office.

Furthermore, the film eventually ended up making $70.4 million on a $ 25 million budget. One of the best Movies About College.

By watching this movie you can learn about the law school, school admission process, internships.

It’s an American comedy film with a salt of romance in it.

However, in this movie Elle Woods (Reese Witherspoon) has everything but yet she only wishes to be the wife of her boyfriend. Furthermore, things went from North to the south when her boyfriend asked her to break up. He demands that if she gets admission into Harvard then she could have the chance to win him back.

Moreover, the girl somehow Gets her admission into Harvard and turns out to become a successful lawyer. All this became possible due to her self-confidence and fashion/ beauty sense of humour.

If you find this plot of the college film intriguing then add this movie to your watchlist.

When you stream this college film you can learn about college sports, achieving goals, the application process and a lot more. It’s indeed an inspiring film that spotlights how one can achieve his dreams.

However, the movie revolves around a boy named Rudy, who comes from a small town. Rudy had always witnessed people in his life who Instructed him about what he can and can’t do in his life. That’s very boorish of people.

Furthermore, we can easily relate to this film, as usual, the people who come from a small town or city tend to face such labels. The labels determine what they can and can’t do. But in the film Rudy sets out to prove everyone wrong. How? As he first dreamt about something and then worked hard to achieve his dreams. One of the best Movies About College.

As a result, we can learn the same thing from the film that we can implement in our lives too. Hence if you are looking for some serious motivation as a student then you must choose to stream this movie.

The real genius isn’t just a showcase for new talent. It’s a well-paced, extremely likeable film about several things that are not being used in today’s movies.

It’s an American comedy film. This film has received very positive reviews from critics. It has grossed $12 million at the North American box office. However, this movie dares to be intelligent and funny at the same time, with a complete balance of both.

7- Revenge of the Nerds

Revenge of nerds is a fun and hilarious comedy film. The film has a good plot consisting of amazing humour throughout the film. One of the best Movies About College.

The film has received mixed reviews from critics. This film has grossed $93 million worldwide.

However, the chemistry between Vaughn and Wilson always does wonders on screen, the audience loves watching them together. Furthermore, this movie has a strong message about the advantages of being a bit older, and perhaps a little less energy. As a result, I can assure you that this movie is just pure fun.

It’s an American biographical drama film. The film reflects light upon the founding of the social networking website named Facebook. Which is now referred to as “Meta”. However, as we all know Facebook has 500 million members in 207 countries, and it is currently valued at 25 billion dollars, and Mark Zuckerberg is the youngest billionaire in the world.

In conclusion, it’s a pretty amazing movie to know about how Zuckerberg succeeded in his life. Albeit the film highlights Zuckerberg struggling days too. It’s inspirational and full of drama-loaded movies to stream. One of the best Movies About College.

It’s an American psychological movie that is loaded with drama. The film had a budget of $10 million but it ended up grossing $225 million. Crazy right?

Therefore,  Throughout the movie, you will enjoy the powerful performances. However, the film serves high-quality emotional drama. One of the best Movies About College.

It’s an American computer-animated monster comedy film. This film, ‘Monsters University ‘, narrates the story of the main characters. However, the film has received all positive reviews. as a result, The movie had a budget of $200 million and it ended up generating $743 million just after the release of the film at the box office.

Furthermore, the movie keeps the Pixar charm with fun new characters, and also with witty dialogue.

To begin with, This film has received mostly positive reviews. It’s the first film in the film series that has been followed by two sequels namely, pitch-perfect 2 & pitch perfect 3.

Furthermore, This film had a budget of $17 million but it was a huge hit at the box office, earning $115.4 million. However, The film was indeed a stunning and good-hearted movie with a great sense of humour and also some surprisingly great song sequences. Moreover, the story of the movie is strong enough to give you that wow factor. One of the best Movies About College.