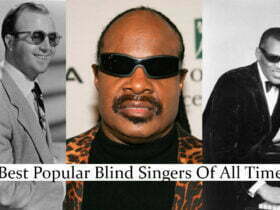 The army is the backbone of every country in the world. Can you imagine a peaceful life without an army? It is not possible for a country to be safe without these forces. Do you know the bravest armies in the world? Here we have come up with the list of 10 World Bravest Army.

Every country wants to make its army strong and well equipped. Therefore, the governments spend massive amounts on the defence budget. They increase their manpower, weapons, and equipment to strengthen the armed forces.

Top 10 Bravest Army In The World

United States Army is the World bravest army. It possesses the most powerful military having 2.2 million people in service. Not only this, The U.S. Air force is the largest Air Force in the world.

In fact, The U.S. possesses the highest defense budget in the world. It possesses the most courageous and determined soldiers. It has a power index rating of 0.0453.

Russia is considered the second most powerful military force. It is one of the world bravest armies that possesses a million active personnel. It has the largest stock of nuclear weapons in the world.

China is widely known for its modernized weapons, powerful manpower and nine military strategies. It holds the Power index rating of 0.0511. It has one of the bravest armies in the world.

India is one of the World Bravest Army. It has around 1.4 million active personnel and 2.1 million reserve personnel. It has a defence budget of around US$64 billion.

Further, India has one of the largest naval armies in the world. It is the land of the valiant soldiers. India is the world’s largest volunteer army.

Japan is best known for Bohsin War and World War II, the army shows immense courage during that time. It possesses a defence budget of US$50.3 billion.

Japan has approx. 56,000 reserve personnel and around 247,154 active personnel. Further, it has 119 helicopters, and more than 150 special mission aircraft. Japan is considered to have the most advanced technology.

In fact, It is mandatory to join the military services for all males in South Korea. It has increased the weapons and pieces of equipment.

France is one of the World bravest army. It has a defence budget of US$56.86 billion. The French army is popular for its participation in the First World War.

Moreover, It holds the Powerindex rating of 0.1283. It has 30,000 active military personnel with the seventh-largest economy.

The United Kingdom Army is admired for its bravery in World War II. It holds a power index rating of 0.1382. It has 1,53,290 active and 45,590 reserve personnel. UK army is considered to be one the bravest armies in the world.

Furthermore, It has the Bluewater navy, the Royal Navy, and the Royal Airforce. It possesses 693 aircraft, 9 tanker fleets, 2 aircraft carriers, and 6 destroyers.

Italy is one of the World Bravest Army. It possesses 1,70,000 active and 20,000 reserve personnel. It has joined the EU, UN, and NATO operations and participated in the Gulf War.

Turkey Army is the second largest standing military force in NATO. It has a defence budget of US$ 21.9 billion. The Turkish army is popular for courageous and lionhearted soldiers. They sacrifice their life but never give up.