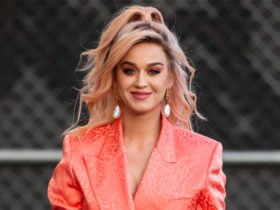 10 Best Katy Perry Throwback Photos That Will Shocked You

Documentaries can be a very great way to introduce yourself to new topics. They give you a new topic to talk about and share with others. Music documentaries can also provide you with insight into different locations and lifestyles to which you would not otherwise have had much exposure.

We bring for you the best music documentaries of all time. Let the music inspire you, many of them teach a life lesson, and the best part is that you will get to know about the life story of your favorite artist.

Scratch is a music documentary film, directed and edited by Doug Pray.

The documentary explores the world of Hip Hop DJs. As pioneering DJs started expanding breaks on their party records, Hip Hop was born.

Several artists describe how they were introduced to the world of Hip Hop and scratching in the documentary, sharing personal stories and anecdotes.

The music documentary largely moves forward through interviews and commentary from various hip-hop DJs. The movie does not have a narrator.

This terrific documentary got a 7.9 IMDb rating and must have to watch it available on amazon prime.

This music documentary shows how a young J.R. Cash became not only a country music legend but also a faithful husband to June Carter, his true love.

Johnny writes songs and poems from his childhood and because of that, he had a lot of experience in the music industry.

Cash enlists in the military and moves away from home. During his time in the military, he starts writing songs and falls in love with a local girl. He settles down after his duty is completed and tries to start a music career.

This music documentary is the full package for you in which you get drama, struggle in the carrier and yes you see romance.

Walk the Line has a 7.8 IMDB rating and is available to watch on Netflix.

This documentary starts with the Eilish song OceanEyes. Many scenes in the film reveal what is already well-known by fans: Billie and her brother’s songwriting in their childhood bedrooms, her mother’s relentless guiding support, and her epic love for Justin Bieber.

MUST-READ – Billie Eilish Incredible No Makeup Photos Will Amazed You

The documentary The World’s A Little Blurry has a 7.8 IMDb rating and is available on Apple TV+.

Whiplash is an American psychological drama film written and directed by Damien Chazelle.

The music documentaries have earned five nominations, including Best Picture, and follow a young jazz musician and his unpredictable teacher, J.K. Simmons, as he begins taking lessons at a competitive music school.

Damien Chazelle has turned a relatively mundane topic like a music student’s relationship with his teacher into a suspenseful thriller with a brilliant undercurrent of social commentary.

Let me be clear after watching this documentary, you would undoubtedly think that it is based on a true love story, but it is not; instead, it is inspired by director Damien Chazelle’s experiences as a drummer.

With an 8.5 IMDB rating, this documentary is available on amazon prime. By the way, if you like to watch romantic movies then you love to watch these music documentaries.

The Oscar-winning Searching for Sugar Man is a Swedish–British–Finnis music documentary about a South African cultural phenomenon, directed and written by Malik Bendjelloul.

This a unbelievable story of a Mexica-American song writer whose two early Seventies albums bombed in America, but who wound up finding a huge audience in Apartheid-era South Africa.

Malik Bendjelloul director of the documentary not only skip Oscar ceremony but he asleep when he won. He refused feeling it would take the attention away from film makers.

Sixto Diaz Rodriguez recorded two albums in his hometown of Detroit, both of which became anti-establishment classics at the height of Apartheid oppression in South Africa.

While also popular in Zimbabwe, New Zealand and Australia, Rodriguez was virtually unknown in his own country.

This is best music documentary with the imdb rating of 8.2. This Oscar-winning movie is available on amazon prime.