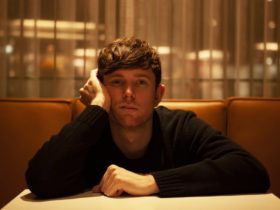 Here we go guys, Today we are counting down for the best music videos of 2021. In this list, we will be looking at the most unique, impactful & rewatchable visual shorts that accompanied song throughout the year. Our music videos include “STAY,” “We’re Good,” “Best Friend,” and more!

Coming to this music video, after Camila Cabello’s car jumps between live-action and stop motion, she arrives at a big family event before long she and her relatives are moving to pose and dancing together.

The video’s fun choreography matches the rhythm of don’t go yet perfectly all of the moments are supported by colorful visual dynamic camera movements and gorgeous shots and Cabello made sure the narrative felt authentic by having a few of her family members star in the video.

The fantastic combination of vibrant visual and memorable moments will have you wanting to be invited to the singer’s next family reunion.

Although we tuned into the short to see Dua Lipa play 20 singers on an upscale cruise. We ended up getting invested in a lobster storey throughout the narrative. A crustacean watches its friends be taken to the kitchen one by one but the lobster is spared at the last moment thanks to some good luck.

Then All of a sudden the ship is flooded as the lobster swims to sweet freedom it’s revealed that Dua Lipa and others just escaped from the titanic, this twist was the perfect way to end the crustacean story in the track, “We’re Good“. One of the Best Music Videos Of 2021.

The music video, “Industry Baby” is directed & written by Lil Nas X, he is convicted to five years in Montero State Prison, but he gets the most of his time worked as he goes out, and swings in the shower and in the jail yard. Harlow drops a verse and also provides an assist on an escape plan by slipping a pickax into a book.

When it came time to record the visuals of solar power, the production team chose to shoot on a stunning beach. During the day this choice made Lorde’s Fallen Fruit video stand out more.

We watch the singers slowly walk over a beach as the narrative cuts abruptly between day and night. As she moves on the sombre lyrics hint at the serious environmental issues the world’s facing. The smart editing and stunning imagery make every one of Lorde’s words hit harder.

This video proved that you don’t need a complex narrative to make a strong point here, simple and powerful walk reminds us that we need to take care of our beautiful and troubled world. One of the Best Music Videos Of 2021.

In the marvellous music video “Wild Side“, Normani is seen in various settings in stylish attire and with a variety of dancers as she sings about sexual satisfaction. “Take me for a ride, boy/Show me your wild side, boy/Know it’s been a while, boy/I wanna get wild,” she sings.

“Best Friend” everywhere got a new favourite video as soon as the year began. So Sweetie and Doja Cat teamed up to bring us this fantastic visual companion to their great song in January 2021.

The video features the two doing typical best friend things like beating king batch, throwing money and riding in shiny cars no matter how over the top some of the visuals get the duo’s friendship still feels grounded and relatable. We’d honestly love it if these two starred in a full-length movie together after their great work here.

It is easy to understand why Cardi B’s Up music video was nominated for multiple awards. After bidding farewell to 2020 the artist appears in a stunning black outfit Cardi B continues to serve looks as the high-energy song continues while we knew her choreography would be amazing we were pleasantly surprised by the incredible set design.

Every time Cardi B travels to a new location It feels as we have stepped into a different world it also helps that the video incorporates a few clever visual effects that play with size and perspective. One of the Best Music Videos Of 2021.

If you ever need a pick-me-up in the middle of the day BTS has got you covered their video for Permission To Dance. See the group showing off their coordinated moves to a tune at the same time a stray balloon BTS released inspires others to start moving too, then see everyone from the office workers to kids on the playground enjoying the song with friends.

It is practically impossible to watch this video without smiling the positive vibes are just too sweet and heartwarming the only regret we have when we see Permission To Dance is that we weren’t around when BTS was teaching a happy crowd all the choreography.

We didn’t think Olivia Rodrigo would top the moody and memorable driver’s license in 2021. Then we saw what she did for ‘Good 4 U‘ after a mysterious opening Rodrigo goes to a cheer team practice while singing her popular breakup anthem.

As it continues she struggles to contain her rage towards the former partner who hurt her in happy and mundane places. The tension builds until she stands in the middle of her ex’s burning and flooded room. Seeing Rodrigo let her rage out is incredibly cathartic. One of the Best Music Videos Of 2021.

Speaking about the music video song, the rappers reference the 1995 action film, Bad Boys, where Martin Lawrence and Will Smith represent drugs investigators. In the music video, both cruise the streets and later meet up with a group of people whose identities are covered with face paint.

The Kid Laroi and Justin Bieber showed everyone how to give a ridiculously catchy song and equally repayable video. As soon as it starts we are hit with a Jaw-dropping visual of a heartbroken couple frozen in time in different locations after we see The Kid Laroi moves through the still world we cut to Bieber singing on a roof.

The singer eventually meets up to dance and sing while the world speeds up around them. The video’s excellent cinematography and impressive visual effects managed to make what could have been a simple breakup story feel like a sci-fi epic every time we see this video online we have to stay still and watch it all again.

All of Lizzo’s critics were put on notice on Aug 13, 2021. That was the day her empowering Rumors song was paired with a video with a divine concept. Lizzo took inspiration from the muses that appeared in Disney’s Hercules to transfer herself and Cardi B into absolute goddesses.

Both artists were stunning attire while focusing on messages about body positivity and individuality. They also appear in the spectacular scenery that’s full of easter eggs and the occasional risque image not only is Rumors a bold musical sort but it truly elevates the song it was made for.

2 – Marshmello x Jonas Brothers – Leave Before You Love Me

The music video “Leave Before You Love Me” starts with Nick Jonas resting alone on a subway train before he joins his group and Marshmello on the subway platform and later on a roof. He and his brother Joe take turns on the verses, which reflect regret and move on before further heartbreak succeeds. One of the Best Music Videos Of 2021.

There is no way you can talk about the best projects musician made in 2021 without talking about Lil Nas X. He commanded the world’s attention when he released this bold and visually stunning video. The video is packed with fantastic costumes and biblical references.

The narrative follows Lil Nas X’s character as he traverses through an ancient world. Although he faces persecution during his journey he ends up taking back his agency in a surprising way.

Lil Nas X’s video “Montero” received praise for its LGBTQ+ themes and daring imagery. With this track, he cemented his place as one of the most creative and radical artists of 2021.