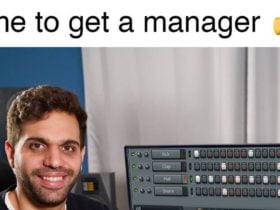 Hey guys, Are you looking for story games? In this article, we are going to discuss the Best Story Games. Story games are more interesting and riveting as well. The player has to play a role and keep going with the story.

Story games make the video games lively, you don’t just sit and play as in other games. Instead, you live the moments in the gameplay. From Alan Wake to The Walking Dead, there are amazing games you would like to play. Check out the list given below:

Buy The Last Of Us

The Last Of Us game was released in 2013. It is an action-packed game. It is also one of the best story games. The player assumes the role of Joel. Joel and Ellie are the survivors of the pandemic. The survivors have to save themselves from the infection.

Her Story is a 2015 interactive adventure game. The player has to find the whereabouts of a missing man. He has to collect clues from a series of video clips. It is a highly acclaimed story game that captivates the player till the end.

Alan Wake is a 2018 adventure game. Part story game, Part psychological thriller. In this game, the player plays the role of Alan Wake. He investigates the case of his missing wife. He has to solve the mystery and save her. It is indeed an open-world survival game.

Detroit is an adventure story game. It was released in the year 2018. Conner, Kara and Markus are three androids. Each has a different task in the gameplay. It is one of the best story games. The game has won Gamespot’s Best of E3 award, Famitsu award, Japan Game awards.

Firewatch is a 2016 adventure story game. The player assumes the role of Henry who has to look out the fire. He is connected to the supervisor via handheld radio. The player faces the wilderness of the forest. It is a first-person game that will captivate you.

The Walking Dead is an episodic game released in the year 2012. The game is based on a comic series of the same name. It is one of the best story games. The story is set in a zombie outbreak. The virus enters the brain and people suffer.

NieR: Automata is a popular story game. It is the sequel of the game NieR. There is a war between androids and machines. The player plays the role of combat androids in an open-world environment. The game has a variety of endings.

Grand Theft Auto: San Andreas is an action-adventure game. It was released in the year 2004. The game is a part of the GTA series. It is one of the best story games. The player can swim, walk, drive, climb and use weapons to combat. Even, he can freely roam in the open environment.

Buy The Wolf Among Us

The Wolf Among Us is a 2013 episodic story game. The player plays the role of protagonist Bigby Wolf. He has to investigate suspicious murder mysteries. He can interact with non-playable characters. It is an enthralling game that will keep you hooked.

Hope you’d like the article. As we have presented the best story games that are captivating, you will definitely love to play.