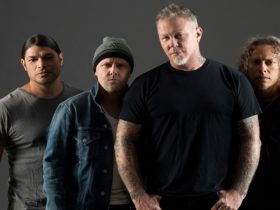 10 Best Metallica Songs You Must Listen

Hello folks, In this article, we will be looking for the best Yaoi Anime you must have on your watch list. Yaoi anime is a type of anime that often features gay relationships between men, with male characters often being paired together. It most commonly features gay relationships between high school boys, but the anime industry has started to diversify in recent years.

Yaoi is a subgenre of anime and manga that features love between male characters. So without wasting your time, let’s scroll the page and check the best Yaoi anime.

1 – Umibe no Étranger (The Stranger by the Beach)

In the anime series, Shun Hashimoto is an openly gay aspiring novelist living in Okinawa. Mio Chibana is a mysterious, orphaned high school student, often found spending his time by the sea. One day, they meet on the beach, and Shun captivated by Mio. The days fly by as they gradually start to grow closer until Mio unexpectedly announces that he has to leave for the mainland. Read the Novel Here.

Yuri on Ice is popular Japanese sports anime TV series about figure skating, produced by MAPPA & directed by Sayo Yamamoto. The series launched on October 6, 2016, and ended on December 22, with a total of 12 episodes. It won three awards at the Tokyo Anime Award Festival, a Japan Character Award & more.

Given The Movie, one of the Japanese Taoi anime animated films produced by Lerche. It is based on the manga Given written and illustrated by Natsuki Kizu. It takes place after the events of the first season and focused on the relationship between Haruki and Akihiko.

Gravitation is one of the most popular yaoi anime, which is based on a series of shōjo manga by the same name. The series follows the relationship between musician Shinjiro and aspiring artist Yuki, who are in love with one another. The series contains depictions of homose*uality and male intimacy, often explicitly.

No. 6, one of the famous Yaoi anime Japanese novel series written by Atsuko Asano and published by Kodansha. The story follows in a dystopian city known as “No.6”. Shion gives shelter to another boy, who only gives his name as “Nezumi” on the former’s twelfth birthday. What Shion soon realizes is how drastically life will change after meeting with the enigmatic Nezumi, with whom he had shared one amazing, stormy night. One of the Best Yaoi anime to watch.

Sekai Ichi Hatsukoi: The World’s Greatest First Love, one of the famous Japanese Yaoi anime series written by Shungiku Nakamura. It follows the story of three couples that are interconnected within the manga industry, with each being subject to the budding of first love.

Junjo Romantica: Pure Romance is a popular Boys’ love series by Shungiku Nakamura. It concentrates on four storylines: the major couple, which includes the bulk of the books, and three other male couples that deliver ongoing side stories. In addition, It is a love story that follows the relationship of Takahashi Misaki and Usami Akihiko.

Antique Bakery, a famous Japanese manga series written by Fumi Yoshinaga. The slice-of-life sequel follows the lives of four men who work in a pâtisserie. They meet a variety of comedic and dramatic scenarios, often focused on workplace comedy, the creation, and growth of pastries, or romantic intrigue. The Japanese television drama won both the Nikkan Sports Drama Grand Prix and multiple Television Drama Academy Awards.

Banana Fish, a popular Japanese anime series written by Akimi Yoshida. The sequence pursues street gang boss Ash Lynx as he finds an illegal plot involving “banana fish”, a creepy drug that brainwashes its users. In the period of his research, he encounters Eiji Okumura, a Japanese photographer’s assistant with whom he forms a close bond. One of the Best Yaoi anime to watch.

Free!, a Japanese anime TV series produced by Kyoto Animation and Animation Do, based on the light novel, High Speed! The story is set in the town of Iwatobi, Japan, which is based in Iwami, Tottori. The story centered on high school student Haruka Nanase, a gifted swimmer. He adjusts to new circumstances in and out of the water when he starts college, prepares for new swimming contests, and tries to fix a broken friendship with his middle school buddy, Ikuya Kirishima.

Sasaki and Miyano anime series by Shō Harusono. Sasaki to Miyano tells a story about two boys, Sasaki and Miyano, who both are different. Sasaki’s feelings for Miyano become complicated the more time they finish together. As they now convey a common interest, their relationship, poised to change and further develop.

When two classmates meet with different interests, they fall in love. Hikaru Kusakabe is a normal, devil-may-care boy in a rock band. During the summer, his whole class is forced to participate in an upcoming chorus festival.

By concurrency, he finds his classmate Rihito Sajou who rehearses his singing alone. Sajou just cannot appear to get their class’ song right, and Kusakabe, pleased at catching a new side of his straight-laced classmate, offers to help him prepare for the event.

Hitorijime My Hero aka My Very Own Hero is a Japanese famous yaoi manga series written and illustrated by Memeco Arii. Its story follows Masahiro Setagawa, a hopeless teenager who is often used by neighborhood bullies as an errand boy.

Speaking about the story, It is a three-part yaoi story that spans the war-torn Meiji era when the Japanese turned from a Shogunate to Imperial rule and joined the trade with the rest of the world (1862–1869). While the story evolves chronological dates and significant figures are given while the characters share even more times and pieces of this period during dialog. One of the Best Yaoi anime to watch.

The Tyrant Falls in Love is a sequel to Takanaga’s series Challengers. The series has appeared on manga best-seller lists in Japan. The story picks up on Morinaga and Souichi’s story where Challengers left off.

Vassalord, a josei Yaoi manga series written and illustrated by Nanae Chrono. The story follows two characters, Vampires Charles J. Chrishunds (Charley) and Johnny Rayflo have a bizarre relationship. Charley is a cyborg vampire mix, and a vampire hunter for the Vatican, while his master Johnny enjoys a playboy lifestyle.

The series consists of three episodes, described as “the world’s first shotacon anime” by its producer. Its Genre is Shotacon & yaoi anime.

The story follows Keita Itō is surprised to find out that he’s been accepted into the privileged and prestigious boarding school, Bell Liberty Academy Unnerved by the mystery, he’s additionally delighted by the school’s social dynamics. In a sea of amazing young men, Keita struggles to find out what makes him special, and how he can conceivably deserve to be treated as an equal by the students of Bell Liberty.

Yarichin Bitch Club, a Japanese web manga series written by Ogeretsu Tanaka. The story follows Takashi Tōno, a freshman student who is moved from Tokyo to Morimori Academy, a private college prep boarding high school located deep in the mountains. Soon after coming, he befriends Kyōsuke Yaguchi and invites Tōno to join him in the club.

Tiger & Bunny is one of the popular Yaoi 2011 Japanese anime superhero TV series produced by Sunrise and directed by Keiichi Sato. It is arranged in a futuristic city where heroes fight crime while encouraging corporate supporters, focused on the old-fashioned hero Kotetsu T. Kaburagi’s “Wild Tiger” and the novice hero Barnaby Brooks Jr. “Bunny”, who are forced to work together by their employers.

The Titan’s Bride is a Japanese manga series written by the artist Itkz. It has been serialized in the web manga magazine Screamo since 2019. The series pursues the connection between Kōichi Mizuki, a human student, and Caius Lao Bistail, a giant prince who calls Kōichi to his world. On January 25, 2021, it was revealed the anime will receive an anime dub produced by Ascendent Animation.

Black Butler is one of the famous Yaoi anime Japanese manga series written by Yana Toboso. In the series, Ciel is a young boy of noble heritage and has a mysterious butler called Sebastian who will do anything Ciel asks of him. Sebastian is, in fact, a demon whose soul is with Ciel. As of January 2021, the Black Butler manga has over 30 million copies in circulation.