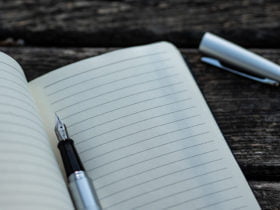 Top 10 Indian Poet All The Time

However, The title character is an anthropomorphic dog who lives with an elderly couple in a farmhouse in the middle of “Nowhere”.

Also, I want to highlight here that “Courage the Cowardly Dog” asserted that fear is okay and that it is how we respond to inescapable circumstances that define us.

How about diving straight into the list of famous Courage The Cowardly Dog characters? Let’s do that. Its IMDB rating is 8.3.

He is the main character of the show or the protagonist. He is a pink beagle. Ironically, courage is a little cowardly dog. Nevertheless, he goes beyond his limits to protect his owner by all means.

You find in the show that unfortunately courage often gets injured. however, he only gets saved or cured by his pure luck. Courage becomes courageous as per seeing the situation. Albeit he is clever too.

Katz is one of the main antagonists of the series Courage the Cowardly Dog. As visible in the above image, He is a lanky red cat with purple highlights.

This character is known for his malevolent and immoral antics. He is Courage’s archenemy. This red cat has thin limbs and a long body. Personally, I find him really funny.

He has yellow eyes with small pupils and purple highlights on the lower lids, as well as purple-tipped ears, a purple-tipped nose, and three purple stripes across his back. How thoughtful of the creator?

Well, She is considered to be one of Courage’s signature enemies in the series, despite only appearing in only two episodes. That means she is the purest enemy of courage.

Let’s put some light on her physical appearance, The Queen is a slender woman with blueish green skin.

She has those voluminous purple hair reaching her ankles. That’s what we call a devil spirit. However, she also has those big oblong-shaped pink eyes that lack pupils.

Also, She wears a long black dress with a ruby brooch and a black crown. Personality-wise, The Queen is a mysterious creature who captivates men to devour them in her palace. How brutal!

She is highly determined to capture her prey and is undiscriminating towards her meals as long as they are male. One of the most famous Courage The Cowardly Dog characters ever.

4- Spirit Of The Harvest Moon

The Spirit of the Harvest Moon is a demonic spirit from The House of Discontent.

He was upset with Eustace and Muriel for not respecting their land and never giving an offering on the night of Harvest Moon. Because of this, he casts a spell on the farm causing all sorts of strange events and then demands their departure from the house purely demonic.

King Ramses is the ghost of a pharaoh from Ancient Egypt.

He appears in the episode, King Ramses’ Curse. He brings about three plagues on the Bagge family to retrieve an ancient slab that was stolen from his tomb. Now that’s where the interest of the public develops.

Eustace, realizing that the stone tablet is worth a fortune, refuses to give it back despite being plagued by the ghostly Pharaoh’s curse.

Ramses is the ghost of a pharaoh whose tomb is disturbed when two criminals looted a stone tablet.

He first confronts the two grave robbers who hid the slab next to the Bagges’ water pump, sending a swarm of locusts to devour them.

The Big Toe is a fungal gangster and leader of his fellow digits. He is one of Courage’s original enemies. Let’s understand what the original enemy signifies.

The Big Toe is criminally intelligent and “puts the squeeze” on those who hinder his progress. How to mean! One of the most famous Courage The Cowardly Dog characters ever.

Unfortunately, his shape very much limits his functionality and therefore his competency, and leaves his plans as outrageous pipedreams that only blackmailed lackeys can act on.

READ MORE – 15 Most Depressed & Sad Anime Characters Of All Time

The Mattress Demon is an evil spirit that resides with a mattress.

She later takes possession of Muriel, changing her appearance to green skin with wavy orange hair and a deep, demonic voice. Courage and Eustace spend most of the episode trying to get rid of the evil spirit.

Courage uses the incantation to drive the spirit out of Muriel, only for her to possess Eustace minutes later. Muriel knocks him out and orders the mattress to be taken back.

However, It is unknown what the demon was doing to Muriel, but judging by her shout of “Courage, HELP ME!” when she suddenly reappears, it must have been something bad.

The “Great Fusilli“, or better known as Fusilli, is an anthropomorphic alligator who serves as the main antagonist in the Courage the Cowardly Dog episode “The Great Fusilli”.

He has a thick Italian accent and owns a traveling theatre which he uses to search for potential “stars” to induct into his troupe, luring them in with the prospects of fame and fortune.

Appearance-wise, Fusilli is a short dark brown alligator who wears a purple hat with a feather and a fuchsia cape, making him look like an actual magician. He has a long tail and his stomach is light green and dark green stripes.

Talking about his personality, Initially, Fusilli appears to be a sophisticated and friendly alligator, inviting people during his travels to join his theatre and perform some acts.

He is a French duck who served as a con artist in most episodes and often bamboozled the Bagge family.

Once Courage first defeats him, Le Quack focuses on trying to get back at him or his owners. He was voiced by Paul Schoeffler, who also voiced Katz and Cajun Fox in the same show.

Talking about his personality, Le Quack is a sadistic, calm, resourceful, highly-intelligent, strategic, manipulative, cruel, and sociopathic person, who seemingly acts as a typical supervillain.

Goose God is a muscular anthropomorphic goose who happens to be a god, seemingly of Greek or Roman origin based on his outfit. He could draw inspiration from Zeus, specifically him appearing as a goose or a swan.

Talking about personality,  The Goose God was a lonely Goose who wanted a queen to rule the heavens by his side. He was very persistent and charming. He is now happy with Eustace’s truck, or “Truckie” as he calls it.